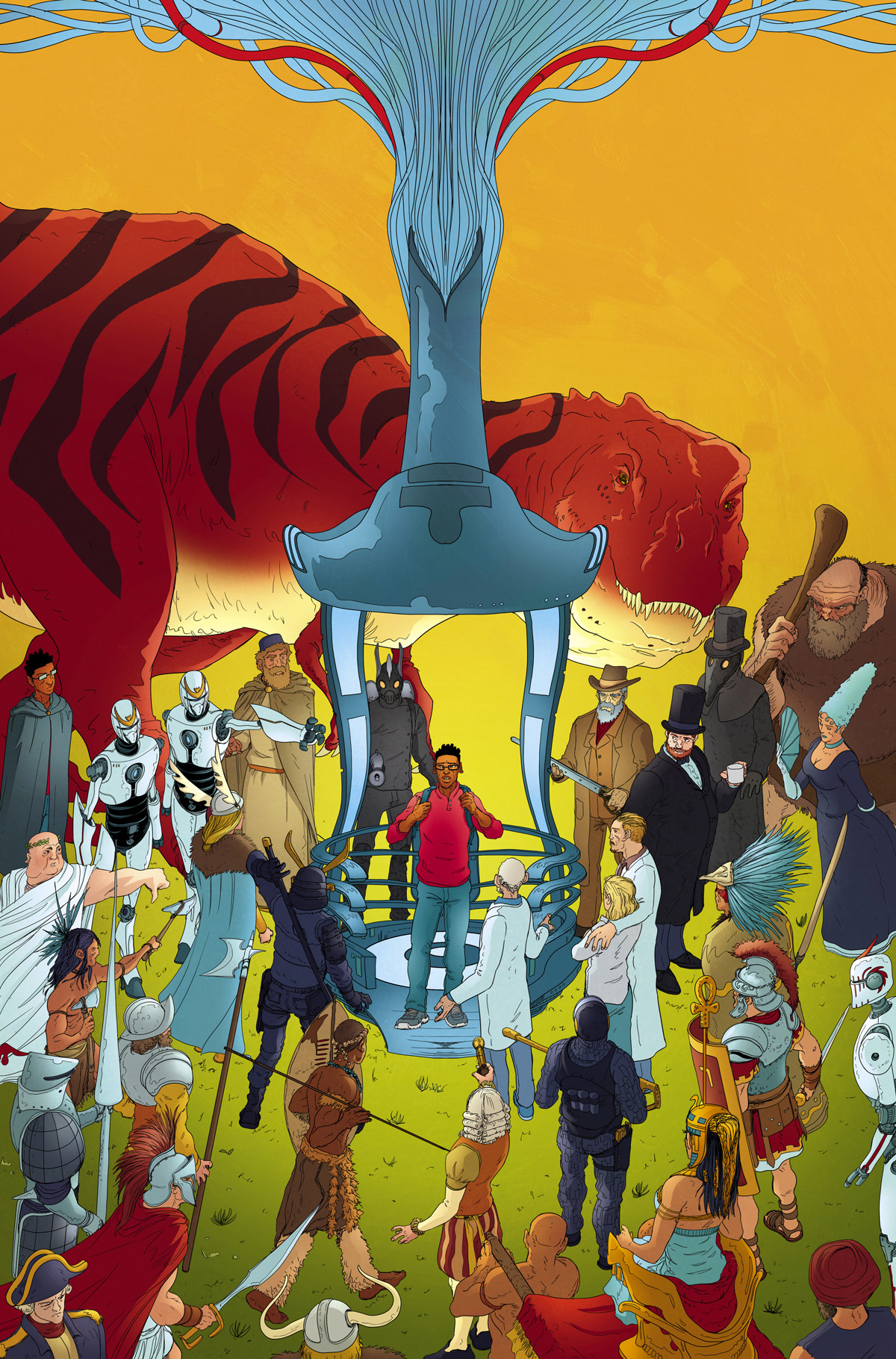 The series introduces you to Sean Bennett, your everyday, ordinary lab worker in a high-tech lab with a prototype time machine. And, yeah, he’s got the same temptations any of us would have about going back in time, just a bit, to correct mistakes of the past and right old wrongs.

So, when he meets a version of himself from the future who encourages him to do just that, Sean takes the temporal plunge. Only… can you guess what happens next? Did you read the book title? Yup. All of TIME is f#%&ed up now, and it’s up to Sean to correct it or else!

Series writer, John Layman, talked a bit about the the genesis of this tale, “[it] started off as a funny, goofy idea that hit me when I was brainstorming time travel ideas. First off, the title made me laugh, which is always a good thing, and from there it expanded to an exercise to try to take the notion of butterfly effect to the crazy, most absurd situations possible. One small change to the space-time continuum, and a million crazy repercussions as a result.”

For those wondering just how messed up time gets in this series, Layman explained, “the story of Sean Bennett, a low-level lab worker who meets his future self in a bar, who convinces him to use the prototype laboratory time machine and go back a week —just a week— and make a few minor changes to order to improve his life.” Layman continued, “only when he comes back, all time has been screwed up… dinosaurs walk the earth, samurais, Vikings, and they are all ruled under the tyrannical iron thumb of Emperor Abraham Lincoln IV. Poor Sean is tasked with setting right the space-time continuum, or face the wrath of the cyborg Future Police. To do this, Sean has to undo everything he did previously, but every action he takes seems to make things worse and worse.”

It’s not just all fun, Layman also describes the series as “a mystery.” “I’m calling it a ‘Butterfly Effect noir,’ because, even amid all the absurdity of fixing a crazy, f#%&ed-up space-time continuum, Sean Bennet also has to get to the bottom of things. If it wasn’t his time-traveling actions that screwed everything up, whose was it? Whodunit? And why?”

When asked about what it was like to work with series artist, Karl Mostert, Layman says, “this book is his first mainstream gig, and he’s got the unfortunate job of having to draw all the crazy things I through at him, which is essentially everything in all of human history—and more! But I have to say, he’s stepped up in a huge way, drawing all the madness I’ve asked him for, and then upping the scale and scope every issue. I suspect when we finally meet face-to-face he’s going to punch me right in the face. I also suspect this book is but the first of many comic projects you’re going to hear from Karl, because he’s monstrously talented and super hard working.”

Layman is excited to get a chance to work on another title with Aftershock Comics after his first project with them, Eleanor & The Egret (DEC171041). “Following up the weird and beautiful adult fairy tale Eleanor & The Egret I did with Sam Kieth for AfterShock a couple years ago. [The Man That F#%&ed Up Time] is also another chance to work with my favorite editor in the comics biz, Mike Marts. Eleanor was a strange, beautiful book I’m proud to have on my bookshelf. [And I’m] looking forward to having The Man Who F#%&ed Up Time next to it on the shelf!”

The Man That Effed Up Time is slated to hit your local comic shop on February 5, 2020. Stay tuned to PREVIEWSworld to find out when you can preorder the first issue. In the meantime, check out the preview pages below for am early look at this new series! 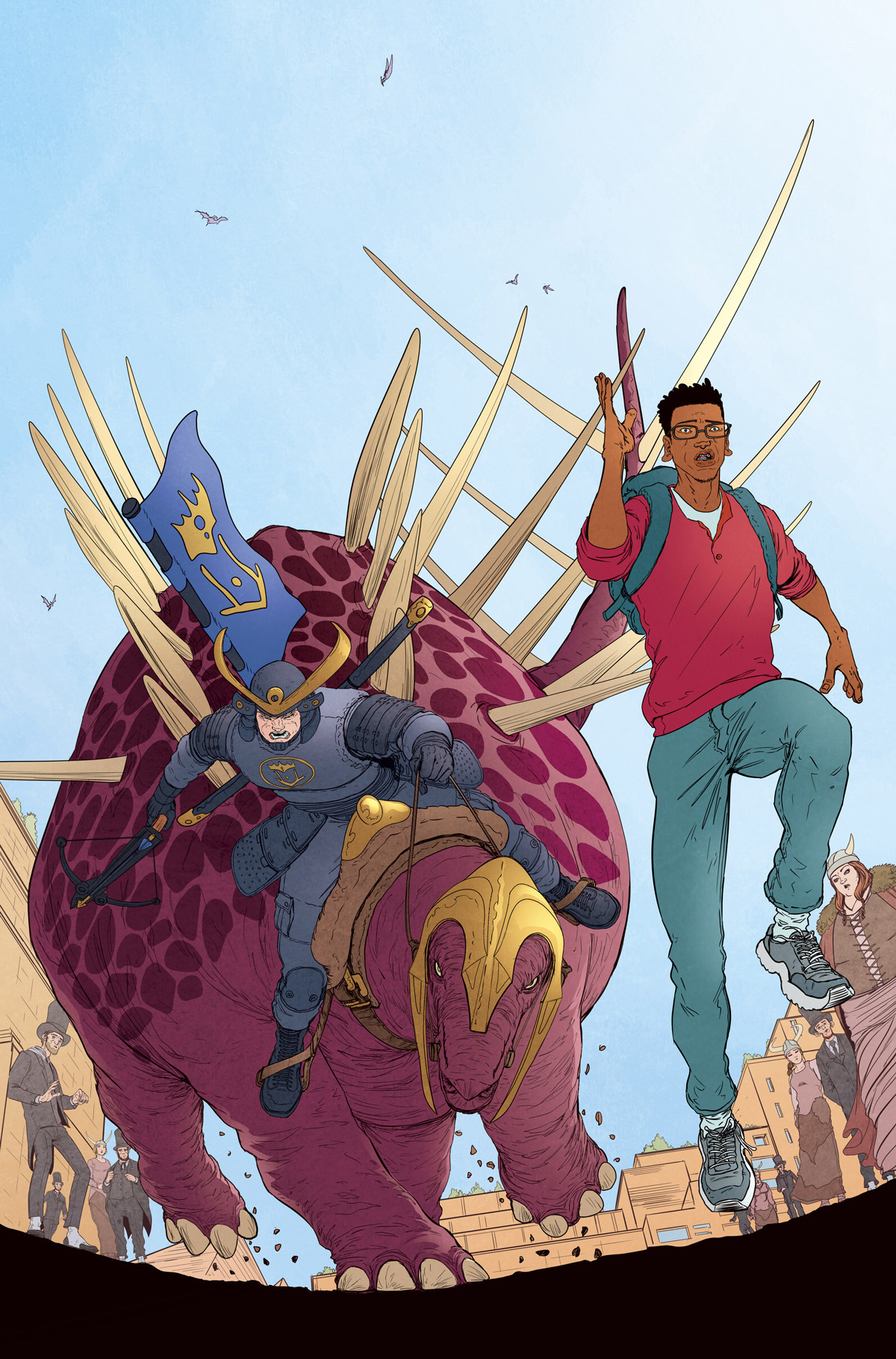 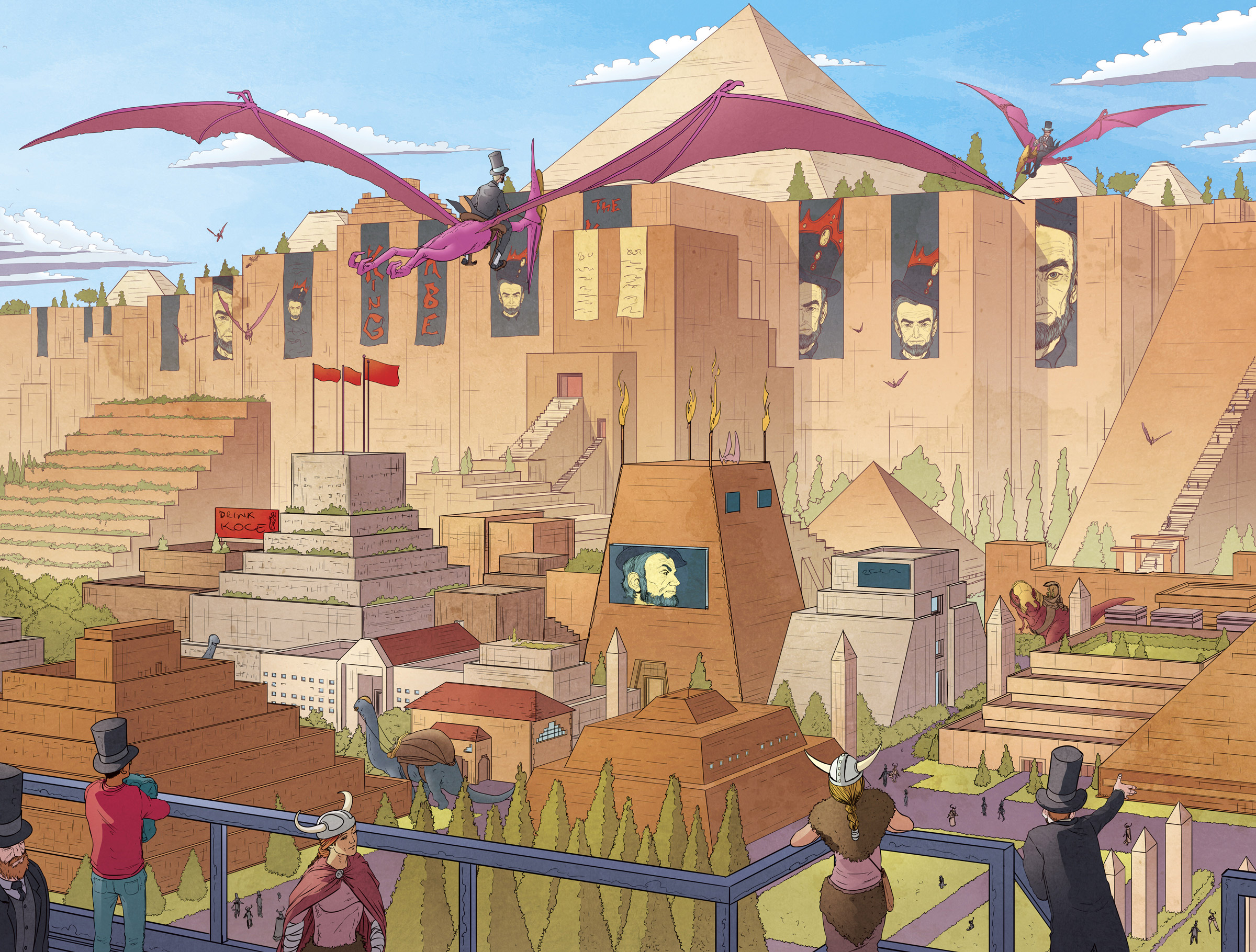 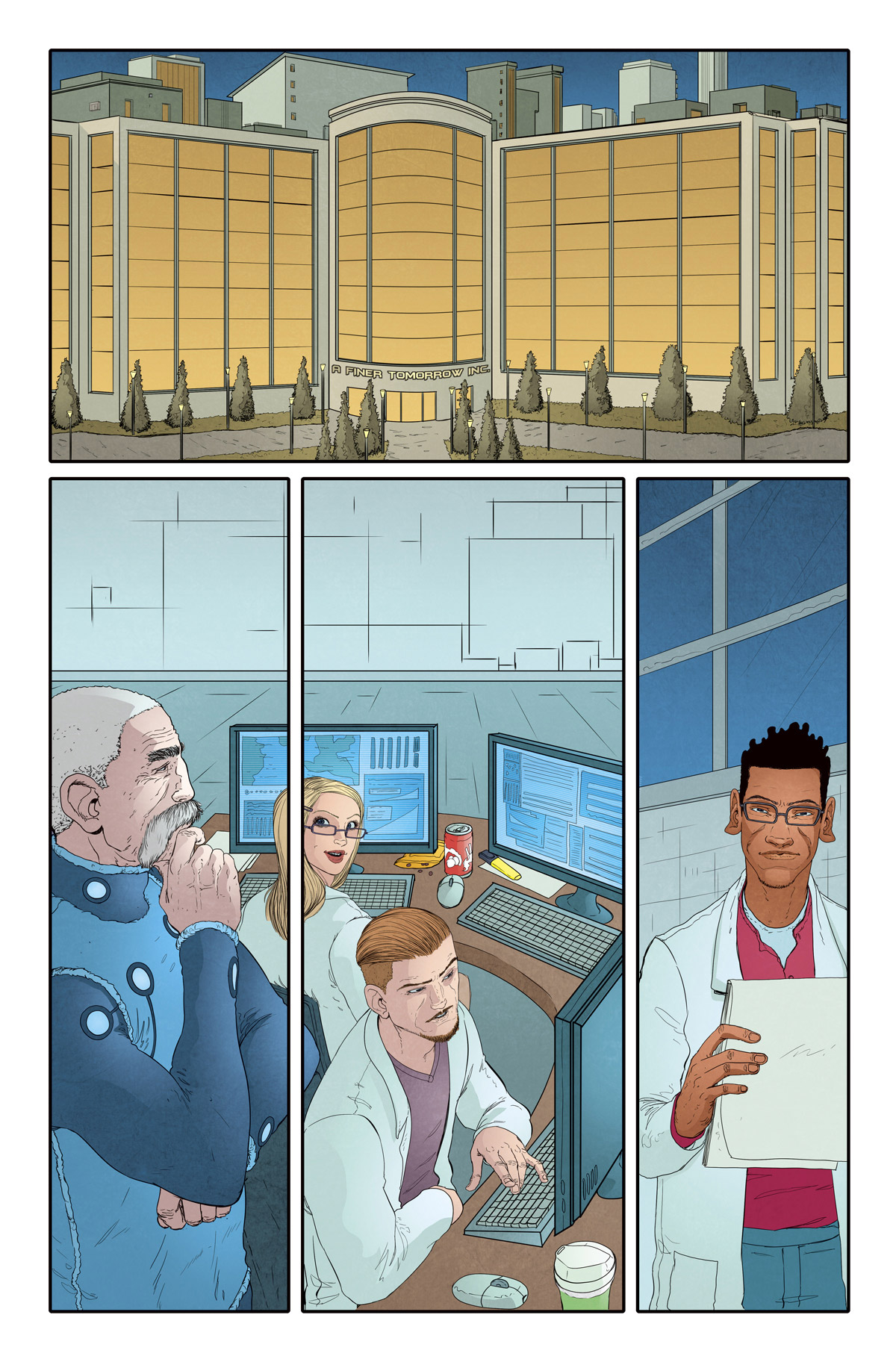 Perched on a pile of skulls, this menacing PREVIEWS Exclusive 6″ Thanos Deluxe Pop! is posed to snap and destroy half of the universe! Preorders available now! …