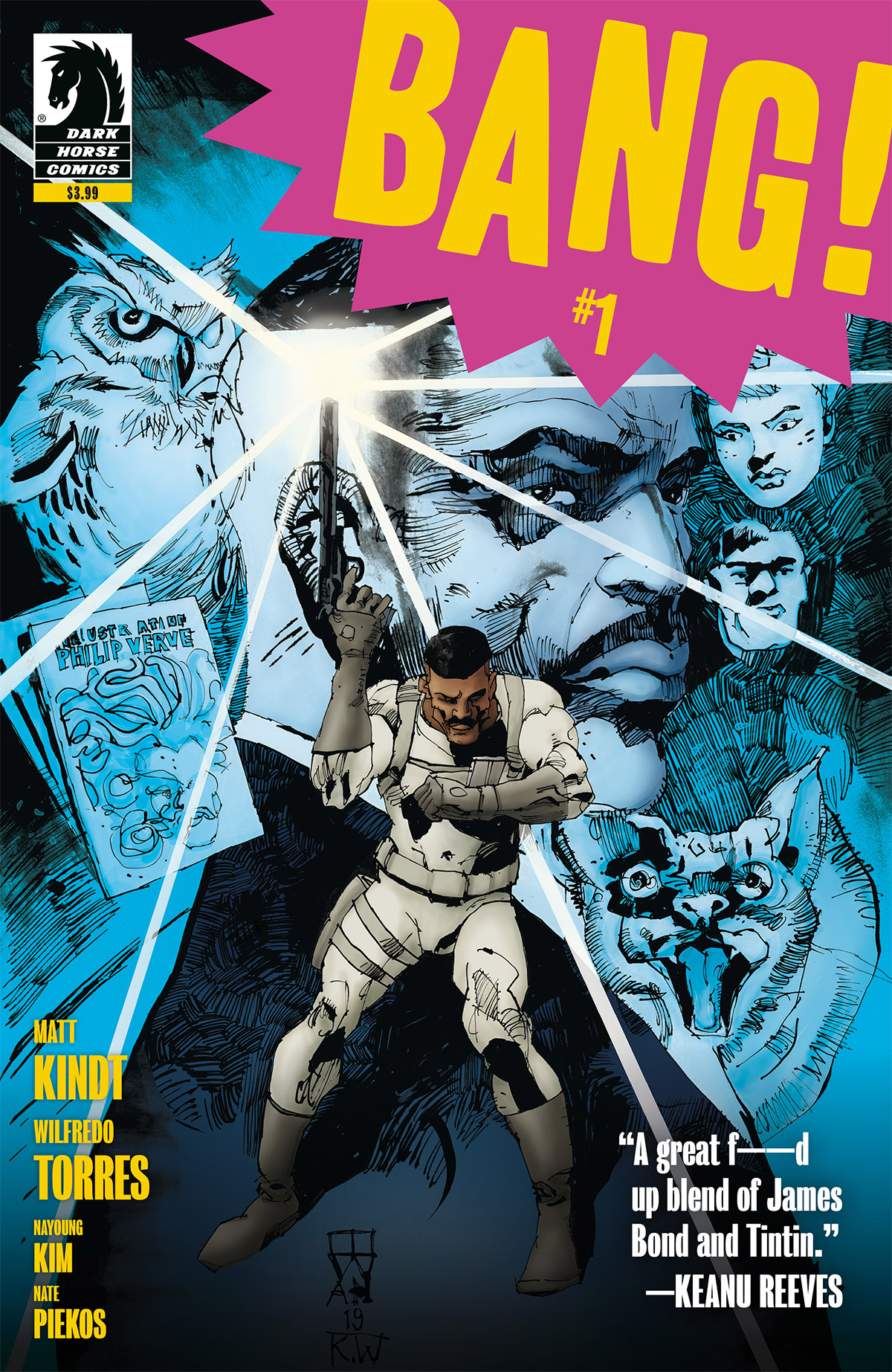 Since the series was first teased last fall at New York Comic Con, buzz has been building for the high octane spy thriller. The debut issue has been praised by Keanu Reeves and some of the most respected comic book creators, and the official trailer’s debut in Deadline Hollywood has already sparked significant interest from film studios for media adaptation.

Orders close for the second printing cover on February 10, 2020.

Dark Horse Comics will debut the first issue of BANG! on February 19, 2020 at your local comic shop featuring a main cover by Wilfredo Torres (DEC190209) and a variant cover by Matt Kindt (DEC190210). Dark Horse Comics will publish the second printing variant of issue 1 (DEC198542), featuring an all new cover by Denys Cowan, on February 26, 2020, in order to meet the high demand from comic book stores and readers.

Here’s what people are saying about BANG!:

“A great f#*$ed up blend of James Bond and Tintin.”—Keanu Reeves

“What Knives Out did for whodunits Bang! does for 007-style spy adventures by flipping sexist and culturally condescending tropes on their head.”—DEADLINE HOLLYWOOD

“A top secret agent, an elderly crime fiction writer who also solves crimes, members of a sprawling terrorist organization, and a drug-fueled action hero find themselves inexplicably linked to a sci-fi author whose novels could hold the key to saving all of reality…or destroying it.”—io9

“I will literally read anything by Matt Kindt or Wilfredo Torres. Put them together and it’s magic. Skip dinner and buy this book”—Mark Millar

“I f$%^ing love this comic! it’s literally everything I want out of one of my favorite creators!! Congrats to the entire team. This is how you make comics!!”—Brian Michael Bendis

“BANG is a fun, twisty spy thriller with a great meta-twist.”—Jay Faerber

“I love Matt Kindt and I love Wilfredo Torres, so it’s no surprise that I loved BANG! It’s like the weirdo, mind-bending James Bond story I didn’t know I wanted.”—Jeff Lemire

“Thanks to Kindt and Torres we finally have our Idris Elba – James Bond, and it’s exactly as cool as you imagined.”—Jeff Parker

“Imagine James Bond being abducted by David Lynch and forced into a maze that shifts with every step forward. The ground is unsteady. The walls of reality move. This is the world of Bang!, a spy thriller expertly conducted by Kindt and Torres, a mystery box that truly starts off with a… Well. You know.” —Van Jensen

DC’s Young Animal, the pop-up imprint curated by My Chemical Romance front man Gerard Way, is returning this July with the next chapter of its flagship title, Doom Patrol: Weight of…

When an eight-year-old girl literally begins to transform into a tree, her single mom, troubled brother, and possibly insane grandfather embark on a bizarre odyssey across the back roads of America…