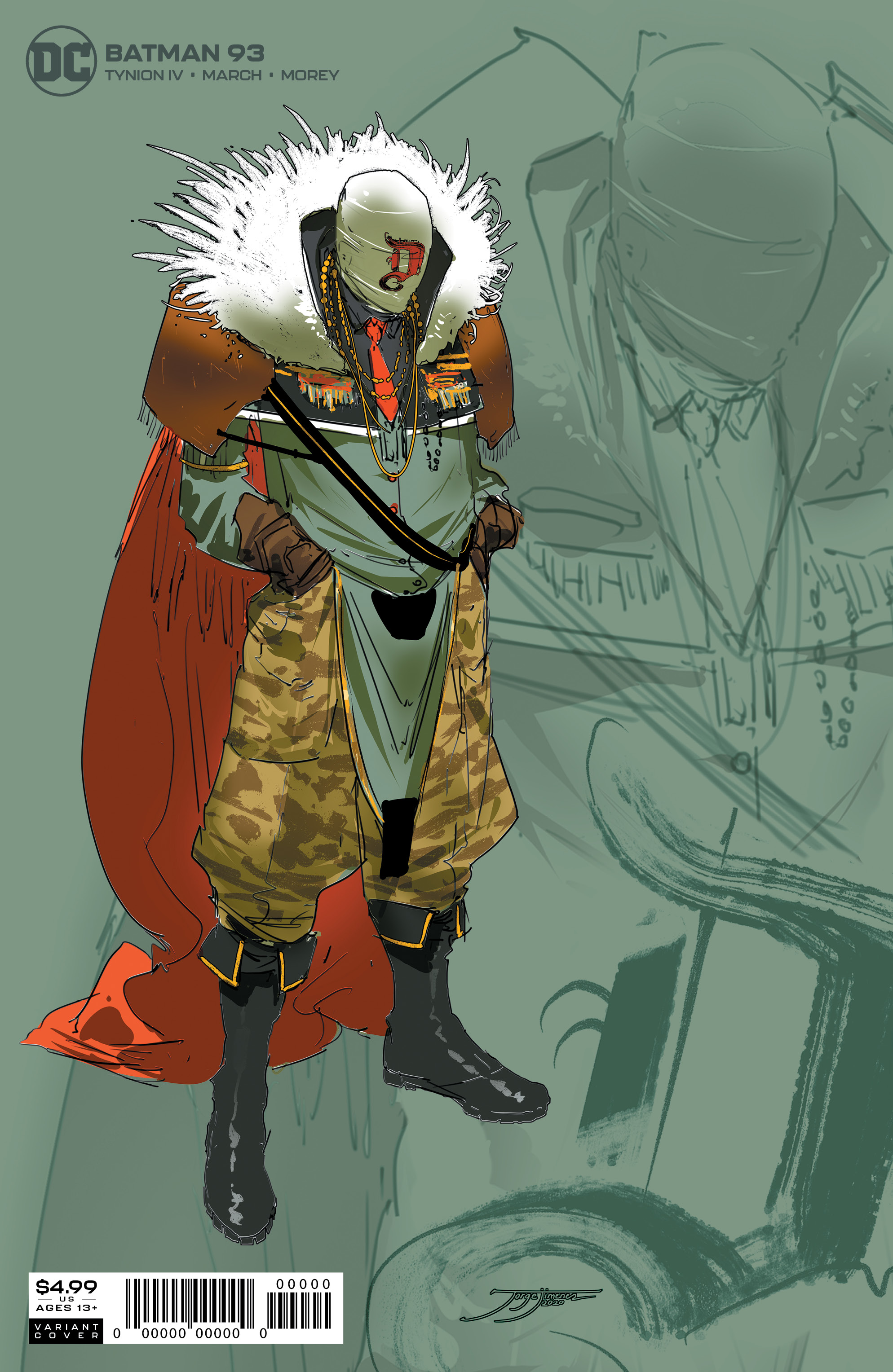 As anticipation for “The Joker War” builds toward its opening chapter in Batman #95, DC announces that Batman will continue to have 1:25 card stock variant covers on each issue.

Following on the well-received 1:25 variant cover featuring Punchline added to issue #92, these new 1:25 variants will feature artist Jorge Jimenez’s designs for both established characters as well as new ones just making their debuts.

The Batman #93 1:25 variant cover (FEB208195) will spotlight the Designer, the central antagonist of the current storyline “Their Dark Designs.”

In this issue, written by James Tynion IV with art by Guillem March, Batman faces off with the Designer as “Their Dark Designs” reaches its epic climax! In the last year, Batman has lost more than he could have imagined, and now he faces a cost so dear it will change the course of his life. And there is worse on the horizon. In the midst of all the horror, he can feel the drumbeat of battle. “The Joker War” is coming, and Gotham City will never be the same.

Marvel teases what COULD be the next seminal moment in X-Men history. What is it? Take a look….

When an everyday, ordinary lab worker with access to a prototype time machine meets the future version of himself you know something has gone wrong. Discover the a time-twisted tale in…