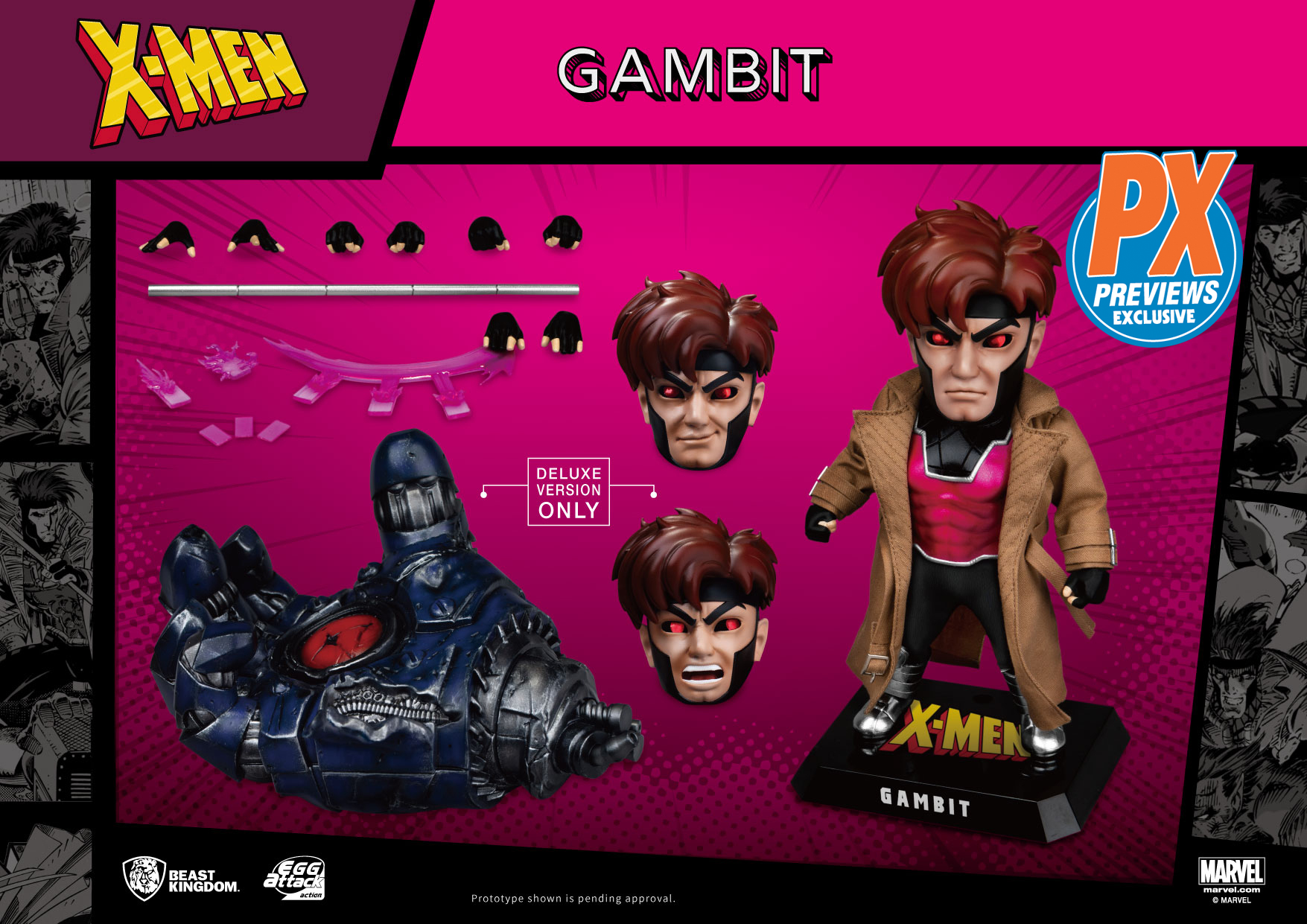 Beast Kingdom is back again with the latest in X-Men Egg Attack Action figures! Gambit, the Cajun with an attitude, first appeared in 1990s Uncanny X-Men #226 and has the ability to control and manipulate pure kinetic energy; charging his playing cards and his bo-staff and turning them into powerful projectiles!

This 6” Gambit, the newest addition in the EAA Marvel Comics lineup includes real elasticated cloth for both his tights and trench-coat, making it perfect for those mid-air poses! With 26 points of articulation and a host of accessories including charged playing cards and the infamous bo-staff, this Gambit figure is ready for any type of action!

For the ultimate experience, the DX Version Gambit includes one additional face-sculpt along with a battle-damaged painted Sentinel Robot Palm as an amazingly detailed platform for Gambit to show off his skills.

It’s new comic book day, and we’ve got a few comics recommendations, including the debut of some new series and a finale that will leave your jaw on the floor!
The post…

Peter Hogan and Steve Parkhouse’s classic sci-fi series, Resident Alien, is getting collected in a value priced omnibus paperback collection from Dark Horse Comics just in time for the premiere of…

Straight out of one of the hottest video games of the past year, Funko is introducing the PREVIEWS Exclusive Spider-Punk Pop! figure! …