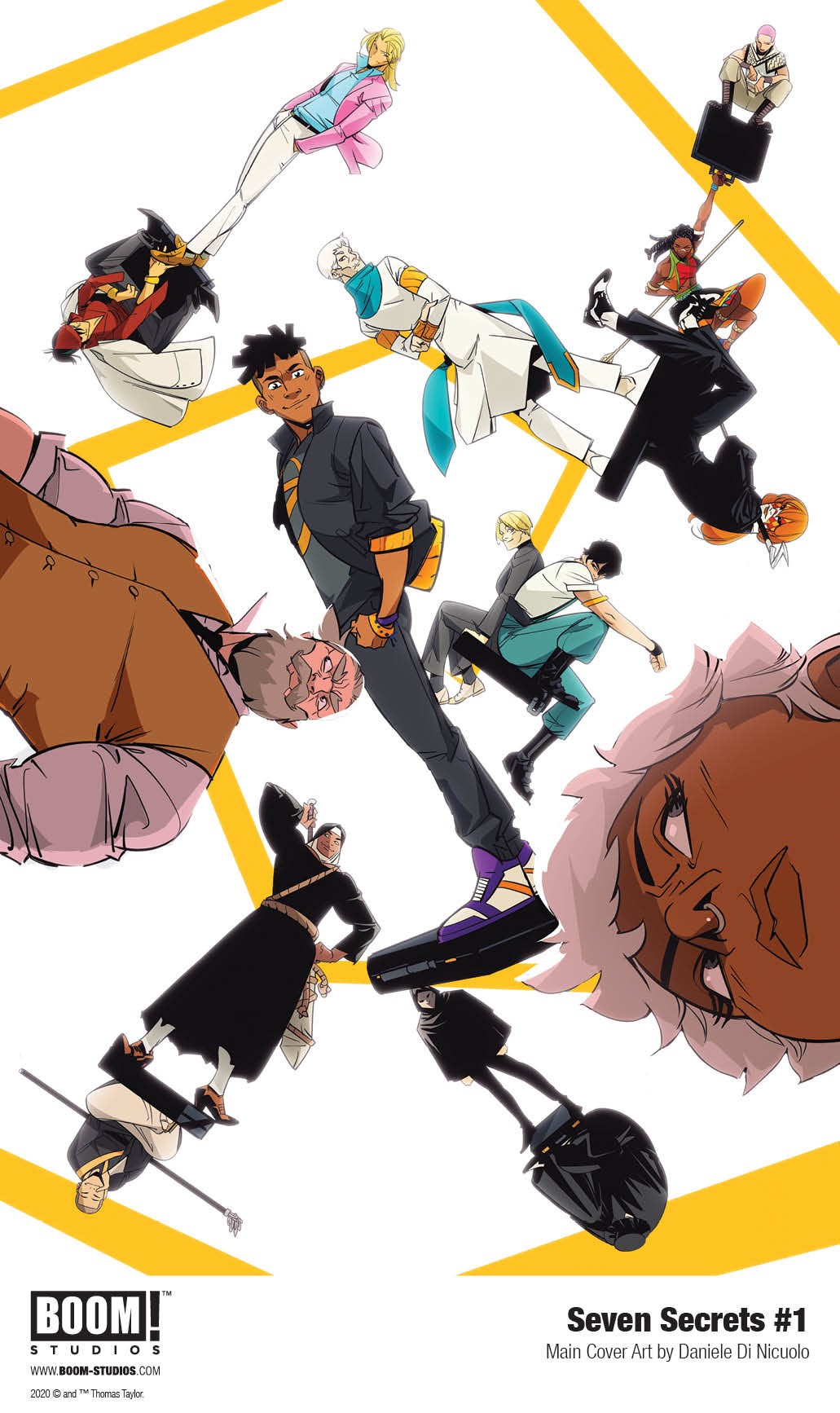 For centuries, the Order has trusted in Keepers and Holders to guard the Secrets in seven briefcases against all harm but when their stronghold is attacked and the secrets put in peril, the entire Order must face their greatest fear—an enemy who knows too much and is willing to kill to get what he wants.

Now, the Order’s newest member, Caspar, must discover the truth of the Secrets before the enemy does, or risk losing everything.

Tom Taylor is a #1 New York Times bestselling author and a multi-award winning playwright and screenwriter. For DC Comics, after years spent writing the bestselling Injustice series, Taylor is currently the writer of the smash-hit DCeased series and the relaunched Suicide Squad. For Marvel, he has recently written Friendly Neighborhood Spider-Man and Star Wars: Age of Resistance, with more to come. Over the past ten years, he has been the writer on such titles as X-Men: Red, Justice League/Power Rangers, All-New Wolverine, Batman/Superman, Iron Man, Earth 2, Green Lantern Corps, and many Star Wars titles. Taylor is the co-creator, head writer and executive producer of the BAFTA-nominated television series, The Deep, based on his graphic novels of the same name with artist James Brouwer, published through BOOM! Studios.

The three seasons of The Deep screen in over 140 countries, including on Netflix in the US.

“I can’t wait to share one of the most ambitious stories I’ve ever been a part of with every comic reader out there. Daniele’s art will make you fall in love with Caspar and our whole cast of characters,” said Taylor. “What are the Seven Secrets? Why are they so fiercely protected? Join me, Daniele, and BOOM! Studios for a chance to learn what’s been hidden.”

Born and raised in Milano, Daniele Di Nicuolo debuted in American comics with Mirror’s Edge by Dark Horse. Then he started his collaboration with BOOM! Studios, becoming the main artist of the miniseries, Mighty Morphin Power Rangers: Pink. After a collaboration with IDW Publishing on The Infinite Loop Vol. 2, Di Nicuolo reunited with BOOM! Studios as the main artist of the ongoing Mighty Morphin Power Rangers series during the acclaimed Shattered Grid event.

“SEVEN SECRETS is the type of story I always dreamed of working on, and I can’t believe BOOM! Studios is giving me the chance, alongside the incredible Tom Taylor,” said Di Nicuolo. “Characters, emotions and good old action are expertly combined in this tale, and I can’t wait to show what the seven secrets are because I’m sure fans will have as much fun reading it as I’ve had drawing it!”

“Imagine seven of the most earth-shattering, life-changing secrets—held safe since the beginning of mankind—let loose in the world, and you’ve only begun to scratch the surface of Tom and Daniele’s universe in SEVEN SECRETS,” said Dafna Pleban, Senior Editor, BOOM! Studios. “It’s an absolute thrill to be able to work on this series, especially as each new secret unfolds to shake the very foundations of the world, making you question everything you ever knew about the past and what you think you know will happen next!”

Print copies of SEVEN SECRETS #1 will be available in August 2020 exclusively at local comic book shops (use comicshoplocator.com to find the one nearest you.) Due to the ongoing impact of the current global health crisis, the final release schedule of this series is subject to change. 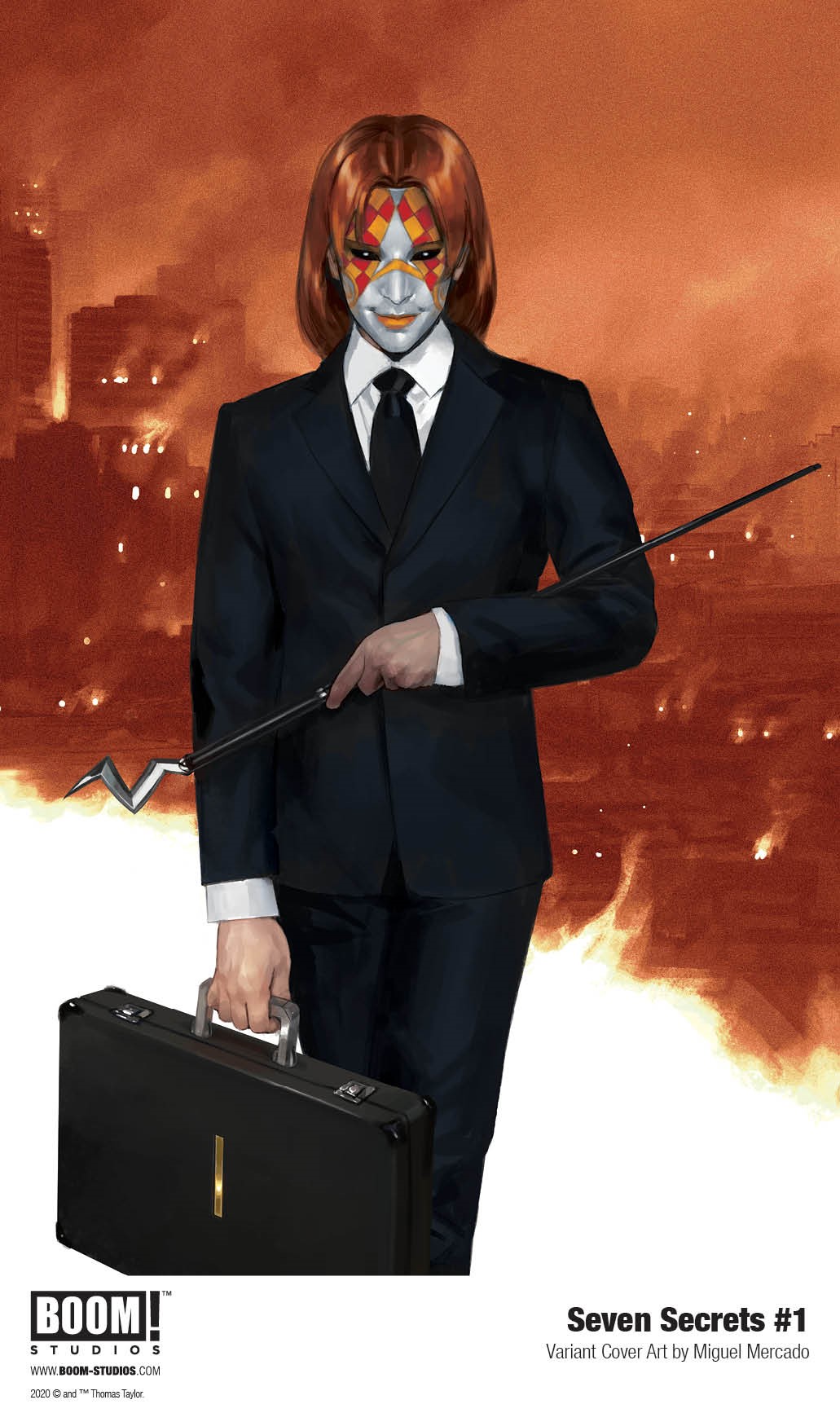 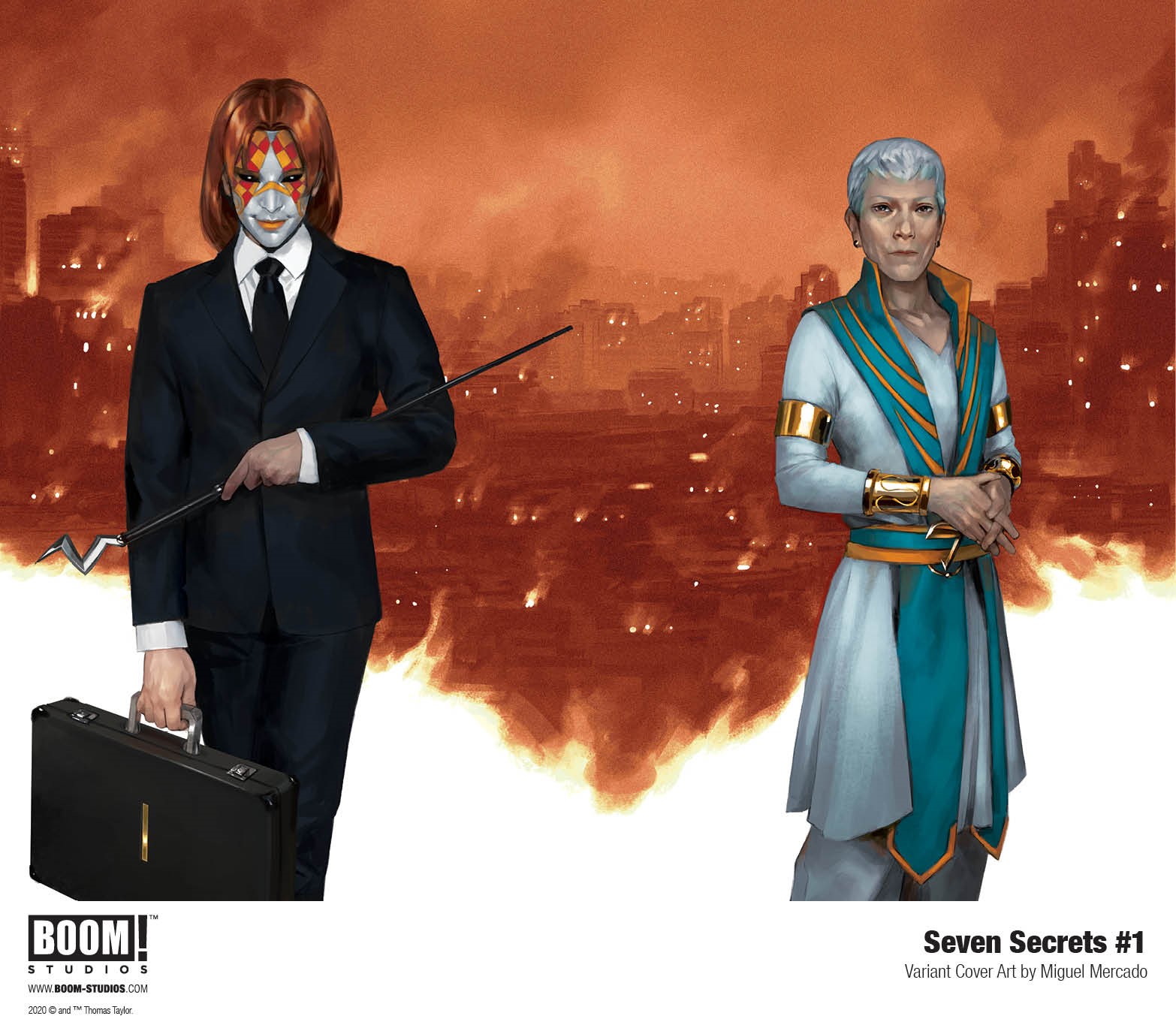 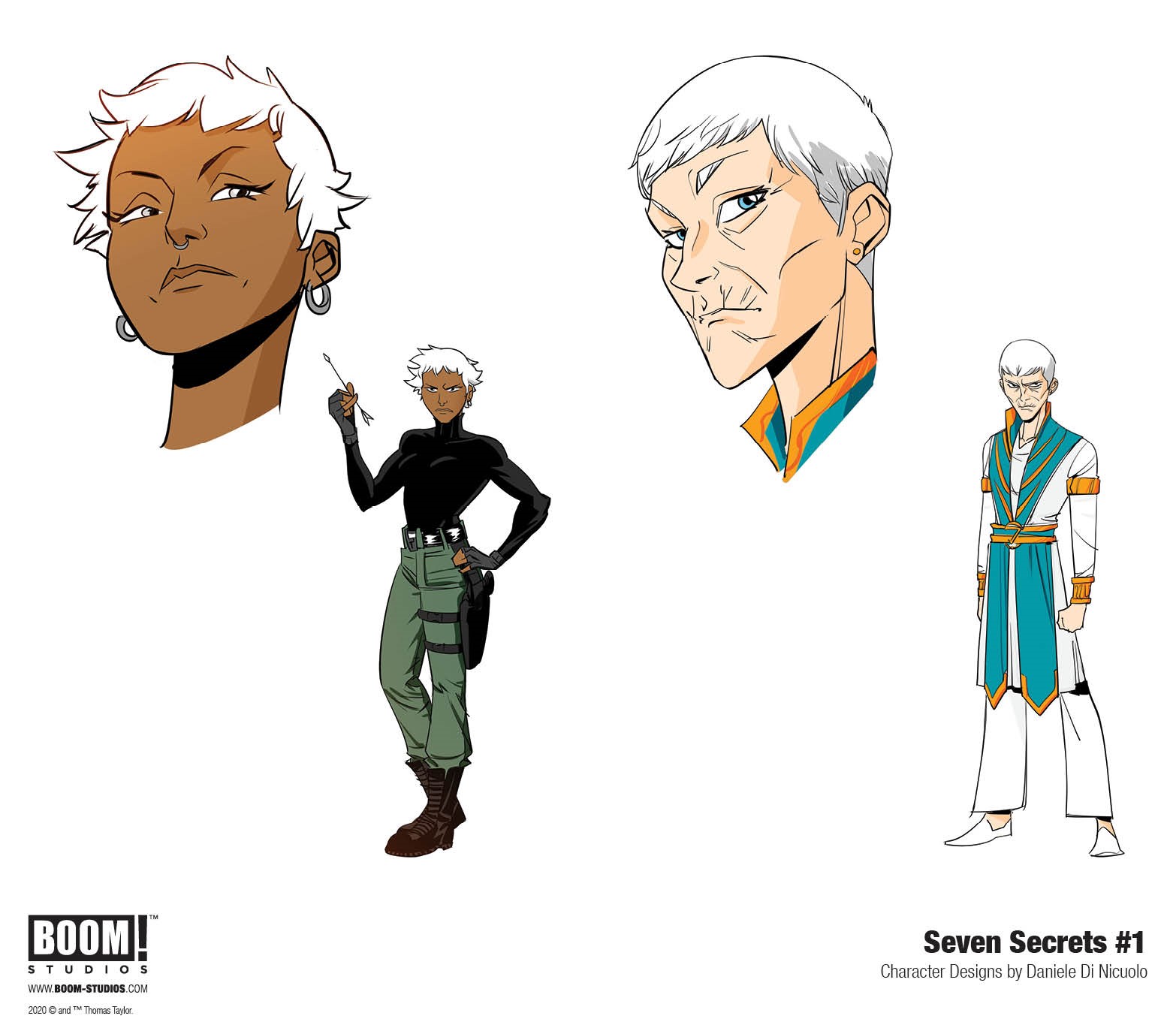 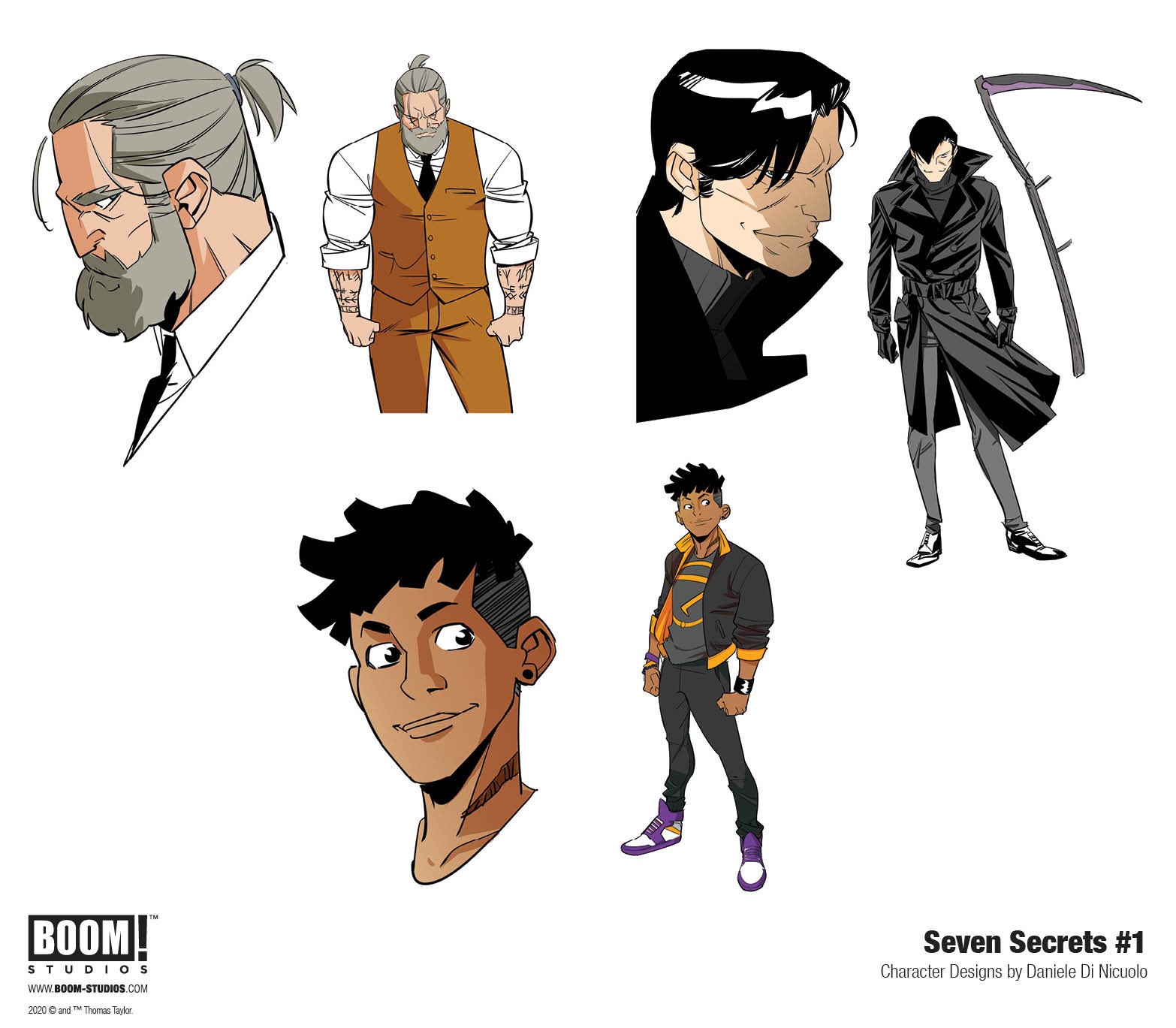 Experience the zany world of Super Mario Bros. through manga! The popular Mario manga is coming stateside in late 2020….

DC Comics’ decision to sell their weekly comics through new distributors could change the industry forever.
The post DC to Sell New Comics. Here’s Why it Matters appeared first on Nerdist. …