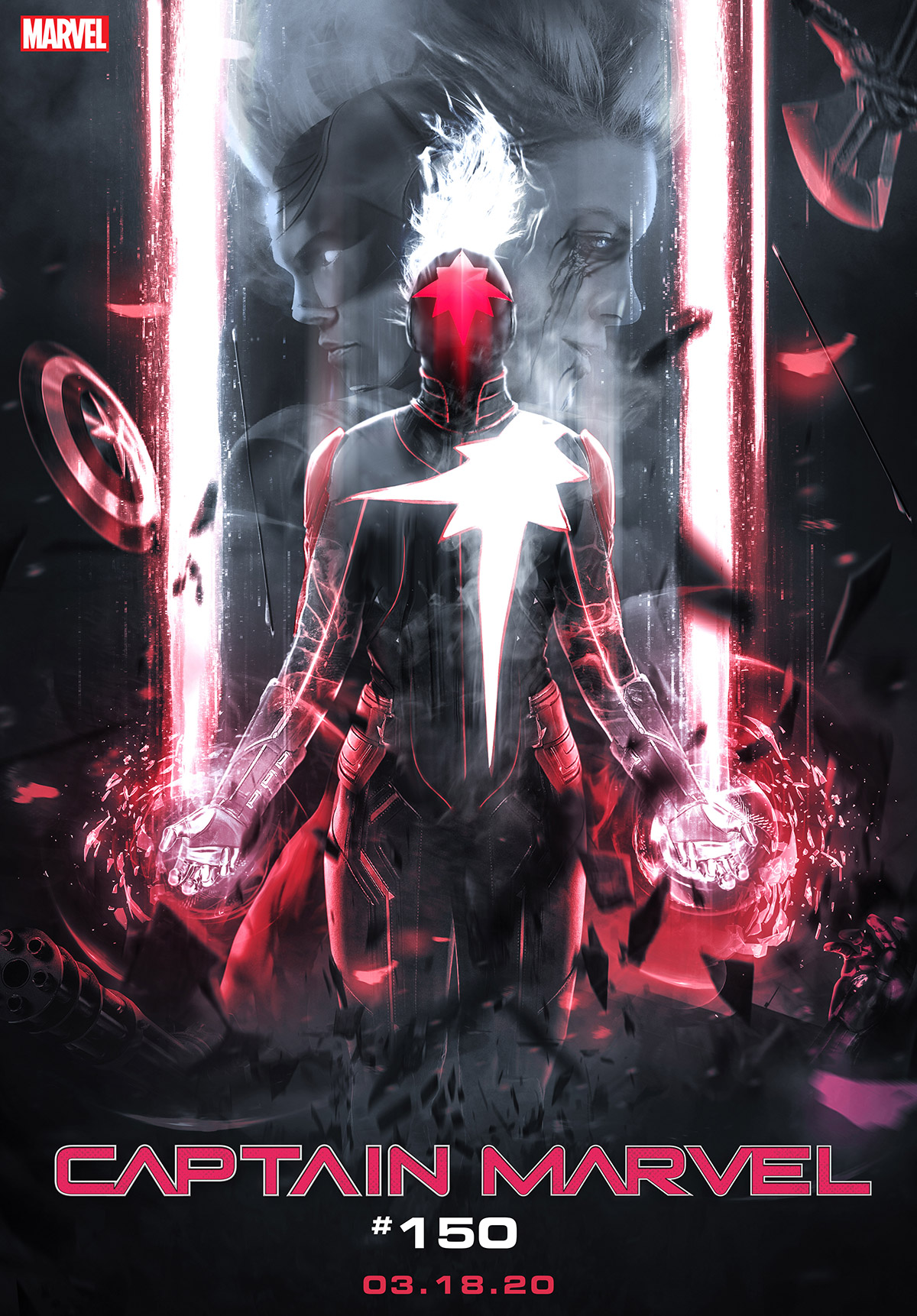 Not only will March’s Captain Marvel #16 present the epic conclusion to the hit “The Last Avenger” arc but it will also be the 150th issue for the character! To honor the occasion, take a look at the brand-new variant cover by renowned artist BossLogic and pick up the landmark issue on March 18th!

Writer Kelly Thompson began her acclaimed take on the character last year, just in time for Marvel Studios’ record-breaking blockbuster film, and like so many Captain Marvel writers before her from Chris Claremont to Kelly Sue DeConnick, she’s proven why Carol Danvers is one of Marvel’s most inspiring heroes! “It’s so great that the last issue of our “The Last Avenger” arc is the Legacy 150th issue of Captain Marvel because it’s an issue that really highlights how and why Carol is such an incredible hero,” promises Thompson. “That she will go to any lengths to save the day…that she NEVER stays down no matter how deep and dark the odds…and that’s been in her since the beginning.”

Be on the lookout for more information about Captain Marvel’s 150th issue on Marvel.com!

Ghost Rider streaks out of the underworld on his flaming motorcycle in an all-new ongoing series. Now, take one hell of a ride in a new trailer featuring Editor in Chief…

When hundreds of millions of healthy people worldwide contract various forms of aggressive cancer, a leading cancer researcher must race against the clock to end a global conspiracy that could propel…

DC is donating $250,000 to Binc to provide support for comic book retailers and their employees during this time of hardship and beyond….