Today, Marvel released a special edition of THE PULL LIST, unveiling exclusive information for titles coming to comic shops this October (above)! Presented by hosts Ryan “Agent M” Penagos and Tucker Markus, THE PULL LIST sheds light on some of the most highly-anticipated Marvel comics news, sharing details on a renewed Spirit of Vengeance in an upcoming Ghost Rider series; the return of a zombie apocalypse in “Marvel Zombies: Respawn”; Jonatan Hickman’s final chapter to “Powers of X”; the Hulk billions of years from now in “Immortal Hulk #25”; and new special “The Amazing Spider-Man: Full Circle #1″. 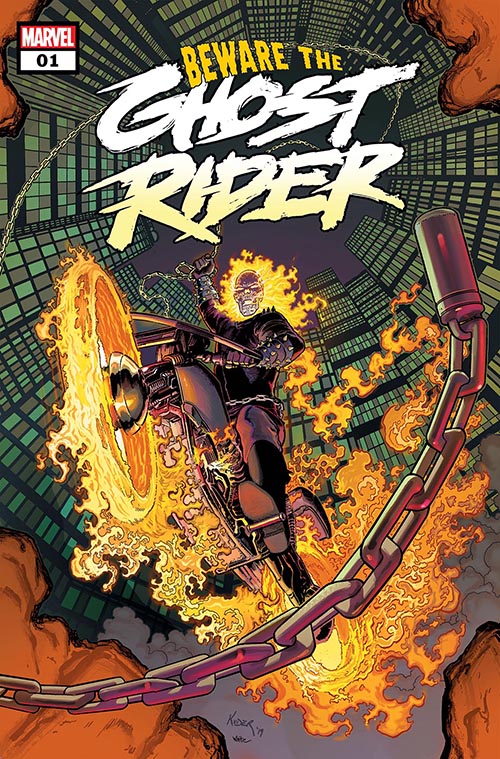 ALL HELLS BREAK LOOSE!
The Brothers Ghost Rider are back! Johnny Blaze ain’t just the king of Hell—he’s the warden too. He’s the first line of defense between the demonic hordes trying to escape the joint and the lords of other hells making a play for his throne and all the power that comes with it – including a certain evil queen from his past! Meanwhile, Danny Ketch never wanted to be a Ghost Rider. Now that his brother’s in charge downstairs, Ketch must take on the duty of Earth’s Spirit of Vengeance full-time—no matter how much he’d rather be doing anything else… Superstar creative team ED BRISSON (EXTERMINATION) and AARON KUDER (GUARDIANS OF THE GALAXY) redefine the Marvel Universe’s supernatural underbelly for a brutal new era! PLUS: the first installment of the Caretaker Chronicles! Forget everything you thought you knew! 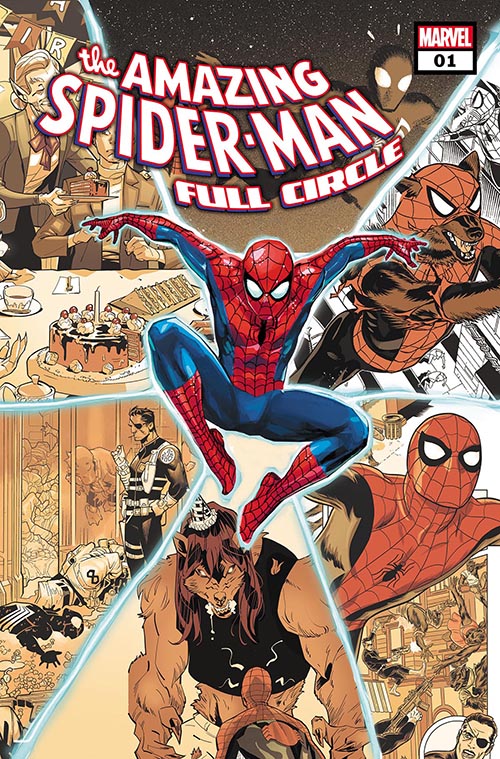 A summons from S.H.I.E.L.D. leads Peter Parker into a globe-spanning adventure that will test him as never before, one in which the future of all mankind lies in his gloved, webbed hands! Who is the mysterious prisoner in the steel box who keeps propelling the wall-crawler onward? Nick Spencer and an all-star team of Marvel’s biggest writers and artists take up the challenge to create the wildest, maddest, most unconventional AMAZING SPIDER-MAN story of all! Guest-starring Nick Fury, Wolverine and Peter Porker, the Spectacular Spider-Ham! 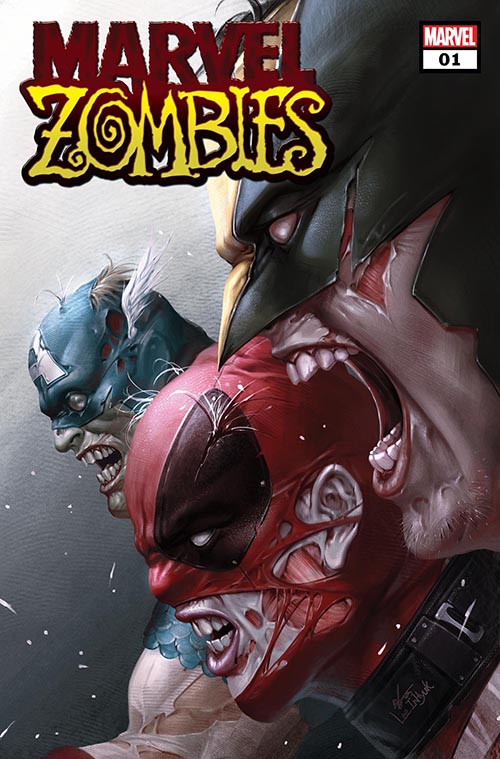 THE HORROR SMASH-HIT LIVES AGAIN!
When Galactus’ corpse appears at the edge of Earth’s solar system, the Avengers, X-Men and Fantastic Four investigate. Too late, they discover that Galactus’ body is now the vessel of an interstellar terror, which one-by-one transforms Earth’s Mightiest Heroes into the universe’s most terrifying predators! As our heroes try to escape the super-powered, cannibalistic aberrations that were once their friends and family, will any survive? And even if they do, can they hope to protect Earth from the infestation that has already claimed half of the known universe? Don’t miss the FIRST ISSUE of this terrifying new vision of the classic Marvel tale! 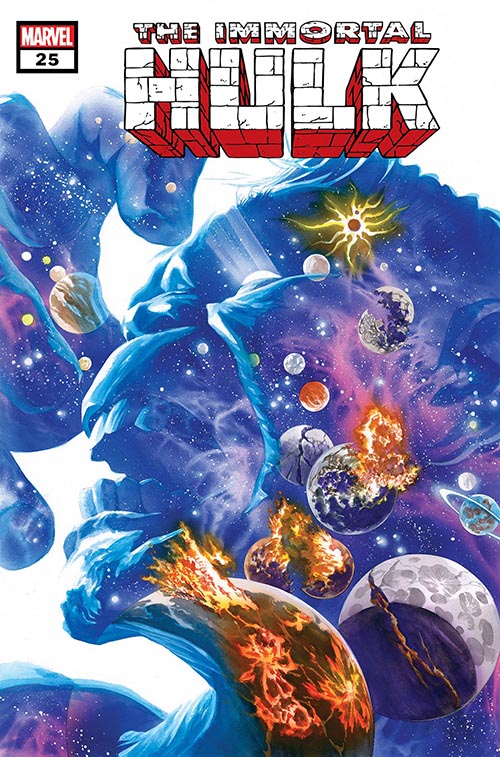 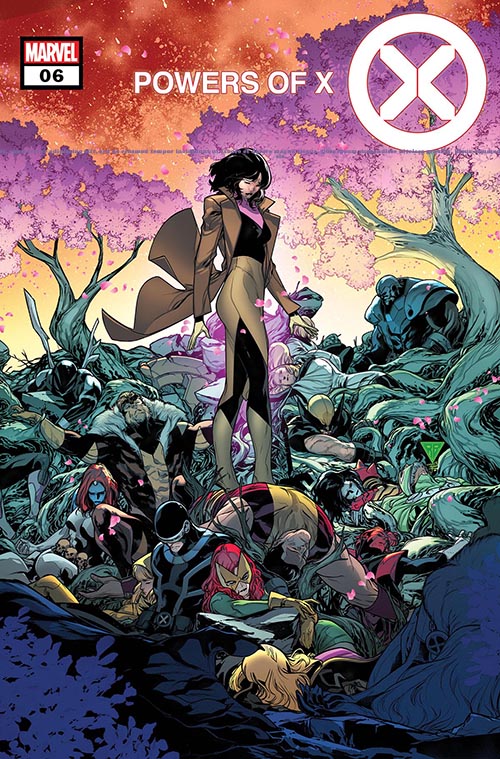 POWERS OF X #6 (of 6)
Written by JONATHAN HICKMAN
Art by R.B. SILVA
Colors by MARTE GRACIA
Cover by R.B. SILVA

THE INEVITABLE TRUTH.
The revelatory tale of Mutantkind’s fall comes to a conclusion that will lay the groundwork of the X-Men’s stories for years to come! Superstar writer Jonathan Hickman (NEW AVENGERS, FF, INFINITY) and rising star artist R.B. Silva (UNCANNY X-MEN) wrap the series that reveals everything!

To find a comic shop near you, visit www.comicshoplocator.com

Here’s a first look at The Magicians #1, the premiere issue of an all-new original five-issue series based on the New York Times bestselling book series from creator Lev Grossman….

Two decades in the making, Gary Carlson and Frank Fosco’s unique interpretation of TMNT concludes with all-new stories in issues #24-26….

Dark Horse Comics will publish the original graphic novel Our Encounters With Evil: Adventures of Professor J.T. Meinhardt and His Assistant Mr. Knox, the sequel to the acclaimed graphic novel Mr….

BOOM! Studios is coming out with a graphic novel adaptation of Kurt Vonnegut’s timeless WWII novel, Slaughterhouse-Five!
The post SLAUGHTERHOUSE-FIVE Graphic Novel to Be Released This Year! appeared first on Nerdist….