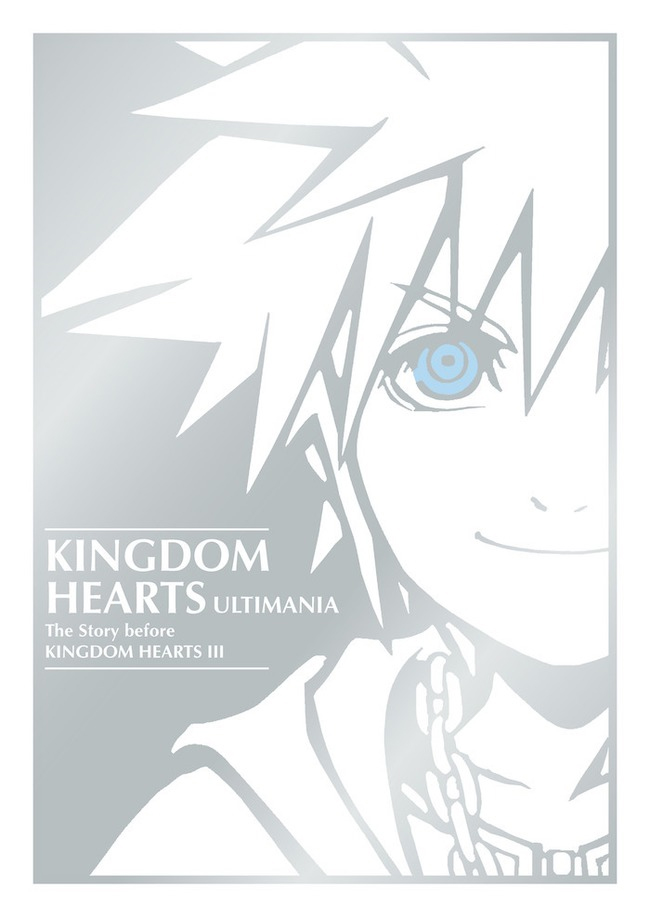 Dark Horse Books, Square Enix, and Disney present Kingdom Hearts Ultimania: The Story Before Kingdom Hearts III. Originally published in Japanese, this English translation of the fan-favorite reference guide is sure to capture the imaginations of Disney fans and gamers everywhere, arriving June 2021.

A gorgeous oversized hardcover collecting Kingdom Hearts art and trivia, leading up to the events of the most current entry in the beloved saga!

Enter the magical worlds of Disney as featured in the hit Kingdom Hearts video game series! This meticulously crafted tome showcases each of Kingdom Hearts’ unique worlds, characters, and equipment, encompassing all the games predating Kingdom Hearts III. Explore character profiles from icons like King Mickey and Goofy to modern favorites like Tron or Captain Jack Sparrow. Study detailed summaries of story arcs, along with rare concept designs and storyboards! No stone is left unturned in this grand overview, which includes content from Kingdom Hearts Final Mix through Kingdom Hearts Unchained X.

Kingdom Hearts Ultimania: The Story Before Kingdom Hearts III arrives in comic shops on June 15, 2021, and will retail for $44.99.

From the first glimpse of DC’s upcoming superhero flick Shazam, it’s been clear that the film is going to be a fun-filled adventure closer to the classic age of ’80s comedies…

While the first Spider-Man: Far From Home trailer answered many of our burning questions about how Peter Parker would be spending his summer vacation and whether or not Jake Gyllenhaal would…

After raising 24k by selling sketches on Instagram, Rob Leifeld is taking his charity auction to eBay….