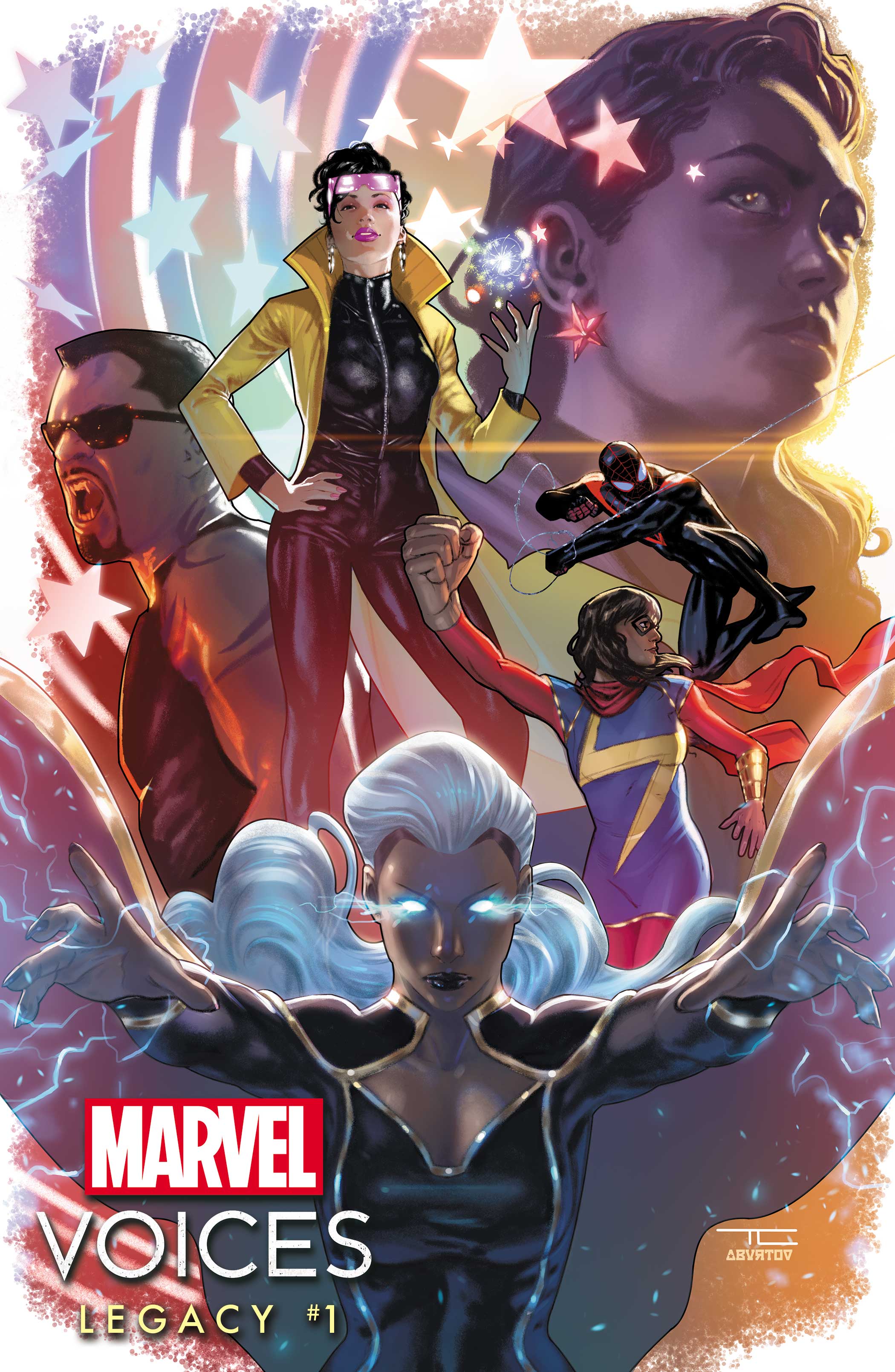 This thrilling special will feature a dazzling array of stories by both new and established creators. Eisner Award-winning writer Nnedi Okorafor (Shuri) pens a Venom story highlighting the importance of heroes who fight for the downtrodden. Explore Blade’s legacy – vampiric and heroic – in a story by writer Danny Lore (2020 Ironheart). And in their exciting Marvel Comics debuts, Ho Che Anderson (King) brings Luke Cage fans an old-school story about the choices that make a hero, author Tochi Onyebuchi (Beasts Made of Night, War Girls) tells an action-packed tale of a wild night in Madripoor with Domino, and writer Stephanie Williams highlights family in a light-hearted Monica Rambeau story! See these outstanding writers and more take on their favorite heroes in tales designed to inspire and uplift, featuring art by Ken Lashley, Sean Damien Hill, Valentine de Landro, Chris Allen, and more!

“With each one of the stories created, we have a chance to see the unique perspectives of all the creatives involved, and in many ways, the impact of the over 80-year legacy of the Marvel Universe and its characters on writers and artists of color,” Marvel’s Voices host Angélique Roché told SYFY Wire. “That is the beauty of Marvel’s Voices, it strives to bring to the forefront the unique experiences and perspectives of diverse communities through the lens of — and our shared love of — the Marvel Universe.”

“One of the exciting things about the Marvel’s Voices program is bringing in new talent. We’re trying to find people who can continue to add to the Marvel Universe and who we can continue to elevate,” Editor Sarah Brunstad told Marvel.com. “As an editor, you’re always trying to recruit the next hot creator, and to be given the freedom to hire a bunch of new people—that’s very exciting. That’s the ground floor of the next generation of writers and artists, the kind of stuff you want to look back on in 10 years and say “this is where it started.””

The Marvel’s Voices program continues to showcase that the Marvel Universe truly is the “the world outside your window.” Don’t miss this latest installment honoring Black History Month when Marvel’s Voices: Legacy #1 hits stands in February! Boba Fett and the classic Stormtrooper are going through the carbonite chamber for these special edition action figures. Check them out inside!…

Marvel has sent over a teaser image announcing the return of Marvel Zombies this October to your local comic shop!…

In this “Flash Age” interlude, the Fastest Man Alive must find the Reverse-Flash to stop Paradox’s annihilation of the Flash legacy. Look inside the issue now!…

The new Netflix series Locke & Key is filled with magic and secrets. Here’s a breakdown of everything that might be confusing you.
The post Breaking Down the Magical World of LOCKE…