The Champions are back and ready to take on the world in a brand-new series by acclaimed and award-winning writer Eve L. Ewing (Ironheart) and artist Simone Di Meo (Immortal Hulk: The Best Defense). A new law has been passed, forbidding anyone under 21 from being a vigilante, but luckily for the Marvel Universe, the Champions won’t be going down without a fight. United, the Champions will rise up against any obstacles that dare stand in their way, including the dangerous new government taskforce known as C.R.A.D.L.E.

Kicking off next month, this groundbreaking new series will propel some of Marvel’s most popular heroes, including Ms. Marvel, Miles Morales, and Nova, into bold new chapters of their super hero sagas. Get a peek at things to come in this explosive new trailer, featuring never-before-seen artwork from the debut issue!

“I think individually and collectively the Champions are some of the coolest, most interesting characters in the Marvel Universe,” Ewing told Screen Rant earlier this year. “And I want to tell a story that’s worthy of them. For me the big challenge is working with an ensemble cast, trying to make sure that we tell a cohesive story while individual characters also have moments to shine.”

The Champions are ready to change the world. Are you? Don’t miss a beat of their new adventures when Champions #1 (FEB200806) hits comic shops next month! 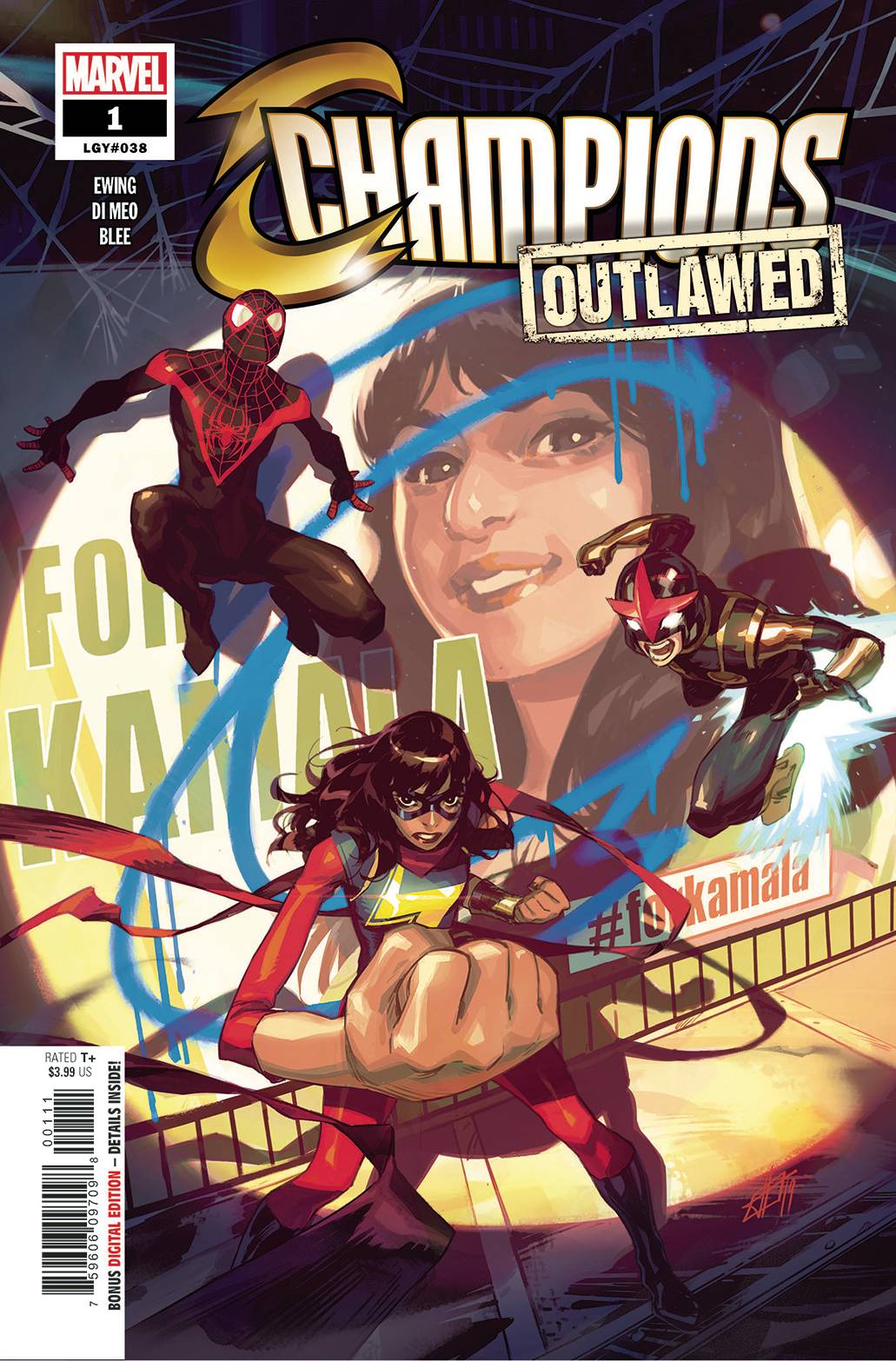 THE CHAMPIONS RETURN IN TROUBLED TIMES!
•  A law is passed that goes against everything Ms. Marvel, Nova and Spider-Man founded the Champions for…But the world still needs heroes, even if the world doesn’t want them right now.
•  After Ms. Marvel makes an unexpected and emotional announcement that her team won’t go down without a fight, a group of teen vigilantes gathers to plan their next move. But the C.R.A.D.L.E. task force is hot on their trail, and there’s a spy in their midst…
•  Eve L. Ewing (IRONHEART, OUTLAWED) and Simone Di Meo (IMMORTAL HULK: THE BEST DEFENSE and VENOM: ACTS OF EVIL) team up for a dramatic new era of Champions that will define Marvel’s teen heroes for years to come!
Rated T

Amidst this epic clash between the Atlanteans, the Sirenas, and the interdimensional Pan will be a tantalizing tease of Marvel’s upcoming event, King in Black….

Death isn’t forever in comics. In 2003, Jean Grey died during an iconic run on New X-Men by acclaimed writer Grant Morrison. Since then, that version of Grey has been dead,…

Previously available only in mass-market outlets, the DC Giants will will be available in comics shops starting in September!…