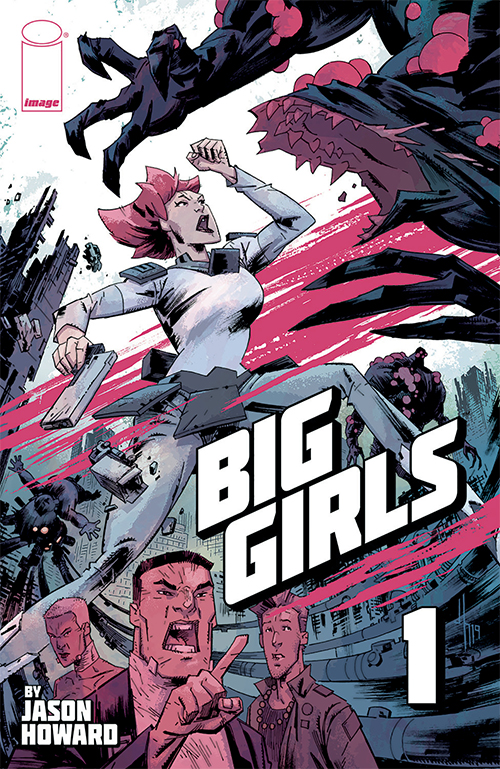 When men become giant monsters hellbent on destroying the world, only girls can stop them—Big Girls. Meet Ember—she writes poetry, loves to read, and she’s a 300-foot-tall full-time monster killer! She and the other big girls are all that stand in the way of our world’s complete annihilation!

In an exclusive scoop on the Big Girls announcement with The Hollywood Reporter, Howard said of the series: “[this is] the perfect comic for both the dynamic sci-fi I like to draw and for my writer side to examine questions of power, inequality and the complexity of growing up.”

Featuring the fast-paced action—similar to such films as John Wick and series like Paper Girls—and the bigger than life characters of Godzilla and Pacific Rim, this series is set to be a Summer hit readers won’t want to miss.

Dive into some of Marvel’s most exciting titles on this year’s Free Comic Book Day with two all-new, action-packed stories from X-Men and Spider-Man/ Venom! …

10 years later, a landmark moment in Archie Comics history is being revisited! ARCHIE: THE MARRIED LIFE 10th ANNIVERSARY, is a sequel to the headline-making 2009 ‘Archie Wedding’ storyline. …

BOOM! Studios Announce STRANGE SKIES OVER EAST BERLIN By Jeff Loveness and Lisandro Estherren. Road To SDCC: Discover Invading Forces from Space at the Heart of the Cold War in October…

The Ranger slayer shatters her future in a special POWER RANGERS one-shot. Discover the shocking consequences for Kimberly Hart in Lord Drakkon’s universe….