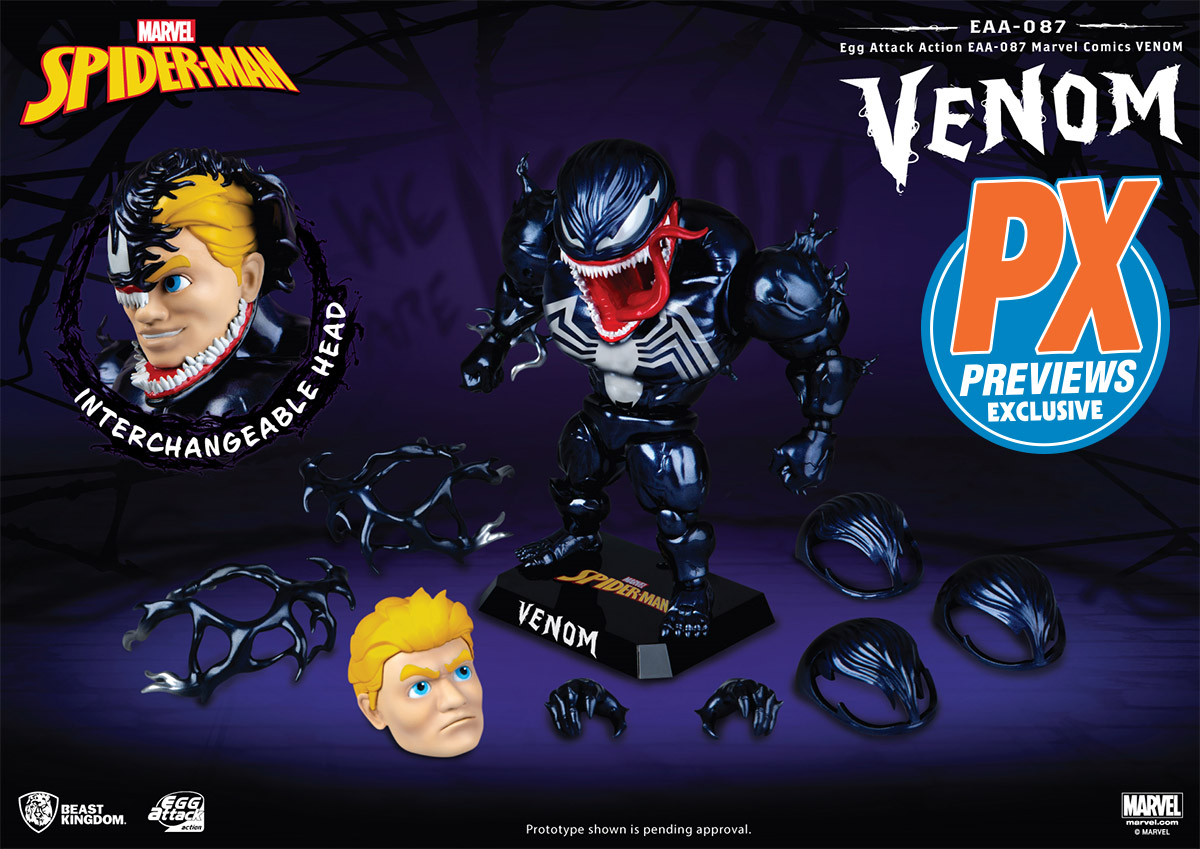 First bursting out of the comic pages in 1984, the exciting anti-hero Venom has been thrilling readers ever since! Classed as a symbiotic alien, this creature needs a host body to fully achieve its goals and to survive. At first a simple, slimy goo, yet once combined with a host, the new form is given ultra-powerful agility and strength! With great power, doesn’t always come great responsibility with this alien lifeform, instead the host will begin to exhibit signs of instability and ultimately lose their minds!

Featuring a faithful recreation of Venom’s bulging body, oversized mouth and tongue, as well as his strong fangs, the 6” scale figure also includes replacement expressions and a movable chin! The set also includes two head sculpts, and as four different sizes of symbiotic special effects goo! Make sure to add this figure to your collection!

Beast Kingdom is excited to recreate Venom’s dark charms and menacing power with the Marvel Comics EAA-087 Venom PREVIEWS Exclusive Action Figure (JUN198319, $99.99), now available for preorder at comic shops, with an expected release date of January 29, 2020. To find a comic shop near you, visit www.comicshoplocator.com. 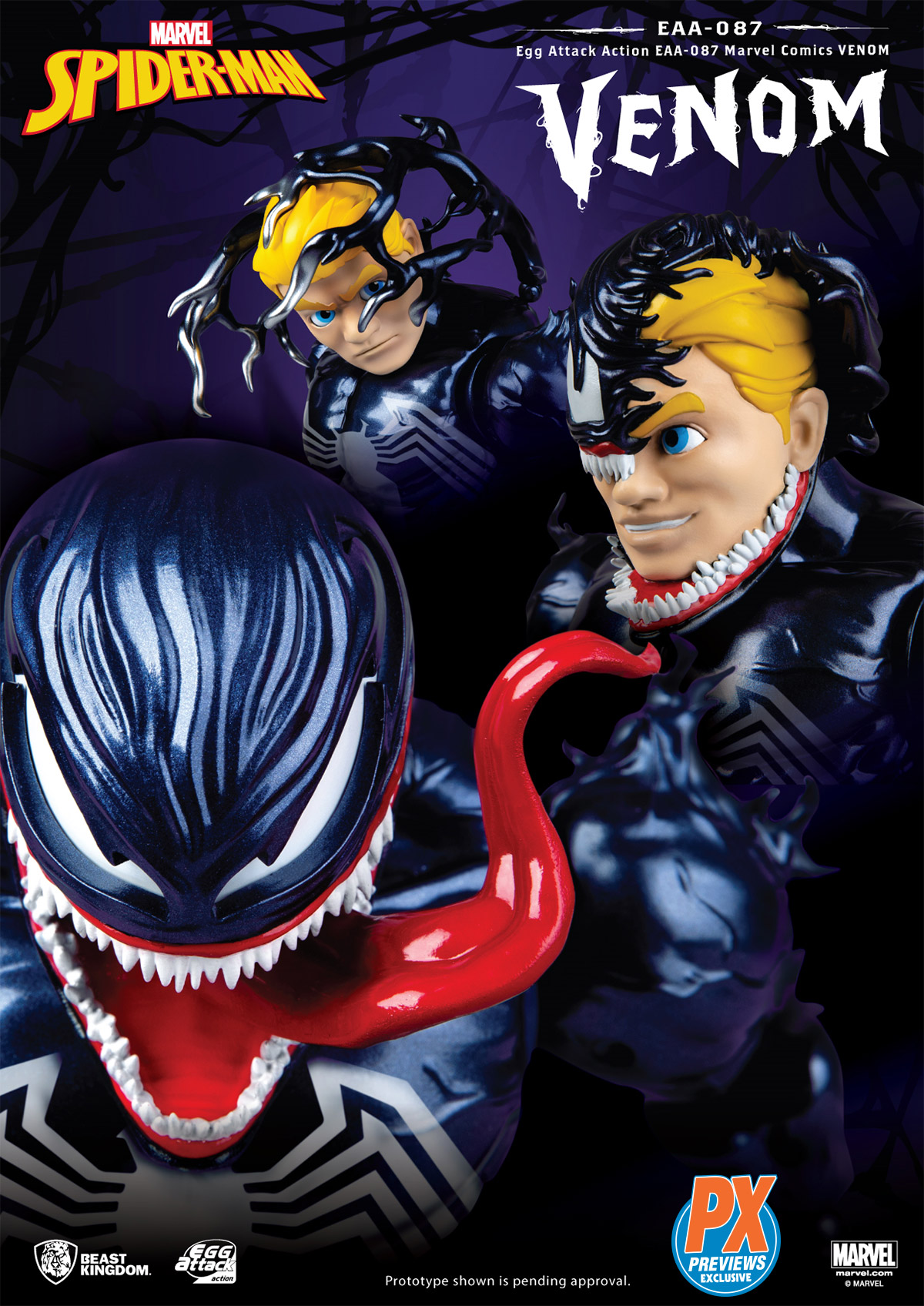 To celebrate Batman’s 80th anniversary, the team behind The Overstreet Comic Book Price Guide brings you a detailed look at the collectibles, Batman’s key adventures, and the creators behind them in…

Every generation has a legend. Watch the brand-new teaser for Star Wars: Episode IX that was released at Star Wars Celebration in Chicago!
…