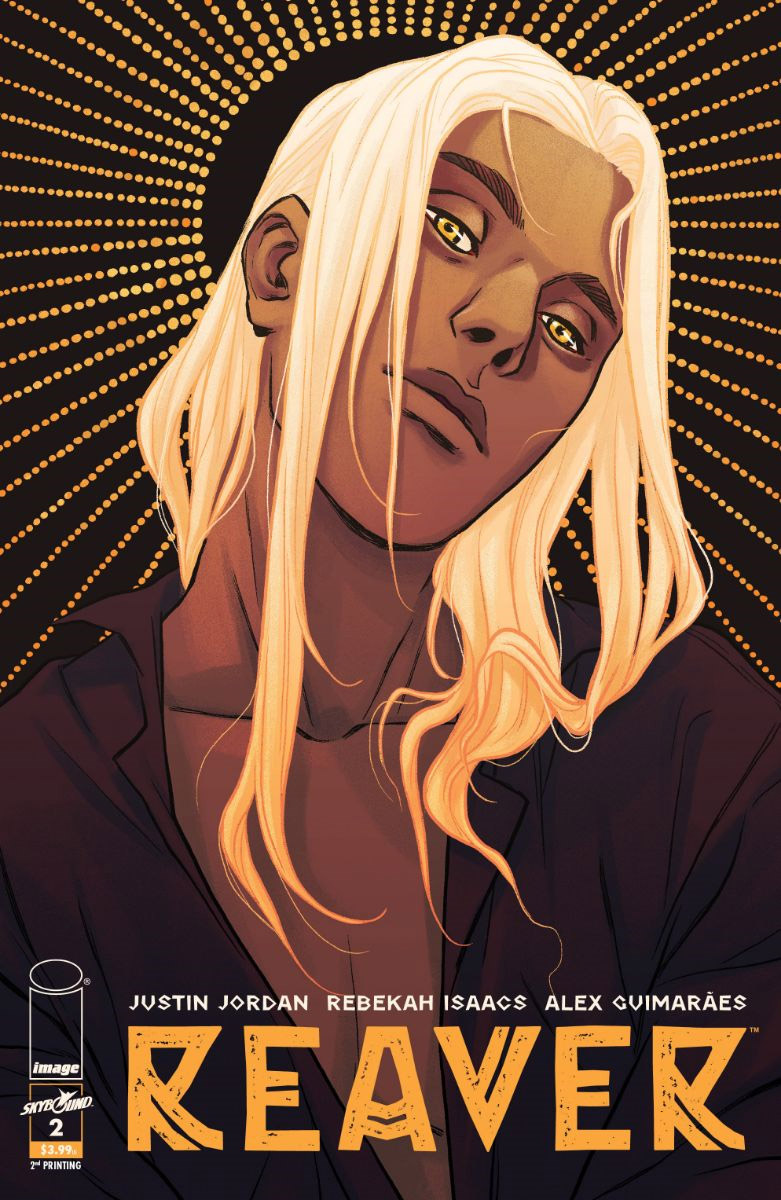 Image/Skybound Entertainment announces that Reaver #2 by Justin Jordan (Luther Strode) and Rebekah Isaacs (Buffy the Vampire Slayer) is being rushed back to print in order to keep up with the growing demand for the hot new series.

The continent of Madaras once promised a new start for settlers, but 200 years after its discovery, the war rages on. Deep within this savage and untamed land, a darkness builds at that must be stopped at all costs.

To do so, the Imperials assemble six of its most despicable prisoners—a turncoat, a skin eater, a sorcerer and his bodyguard, a serial killer, and the Devil’s Son—the only ones who can stop the end of the new world. They are Hell’s Half-Dozen.

In Reaver #2, Hell’s Half-Dozen’s suicide mission to the Anvil leads them straight through Rael territory, home to the many nations of skin eaters. Five of these dangerous convicts are prepared to fight for their freedom—but which one is working on a secret agenda of their own?

Bestselling writer and comic book icon Frank Miller will add yet another incredible chapter to his Dark Knight legacy this December, as DC announced plans to publish a sequel to the…

DC’s highly anticipated new maxi-series Strange Adventures, scheduled to be published on March 4, 2020, will carry an Ages 17+ content descriptor. With content akin to King and Gerads’ other work,…