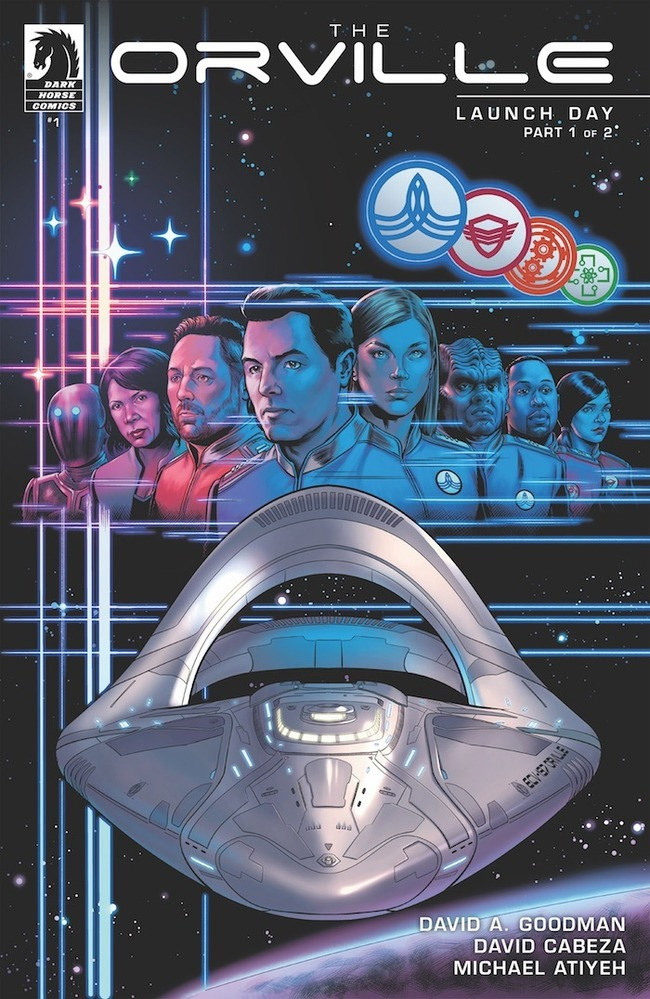 The Orville Executive Producer David A. Goodman (Futurama, Star Trek: Enterprise), artist David Cabeza (The Orville), and colorist Michael Atiyeh (Halo: Escalation, Tomb Raider) are teaming up once again to bring the world of The Orville back to the printed page in The Orville Season 2.5: Launch Day. In the same fashion as Season 1.5, these new stories will consist of two, two-issue “episodes” telling stories set between the second and third seasons of Seth McFarlane’s hit television show.

The first of these “episodes” starts with The Orville Season 2.5: Launch Day #1 (of two). When seemingly hostile Krill ships cross into Union space, the Orville intercepts. Captain Mercer learns they are en route to a planet that left the Union decades ago, under mysterious circumstances. Scans have discovered a moon-sized construct above the planet, and the Krill intend a preemptive strike against the presumed weapon. But is it?

Praise for The Orville Season 1.5:

“If you like the series as much as I do, it’s more of what you love. Recommended.”–Rogues Portal

“…with the nuanced writing of Goodman and the likeness of the characters crafted by Cabeza; Dark Horse could easily take the second star on the right and let the crew of The Orville fly ’till morning.”–Comic Crusaders

“If you’re a fan of the show, then it won’t hurt to dive into a book that only adds to the story. You aren’t even required to watch the show again to understand what is going on.”–Beyond The Panel

Image Comics’ Die #2 and Die #3 are both being rushed back to print in order to keep up with growing demand for the series. …

Marvel Entertainment and Games Workshop announce a collaboration that will bring exciting new Warhammer stories to comics and graphic novels. …