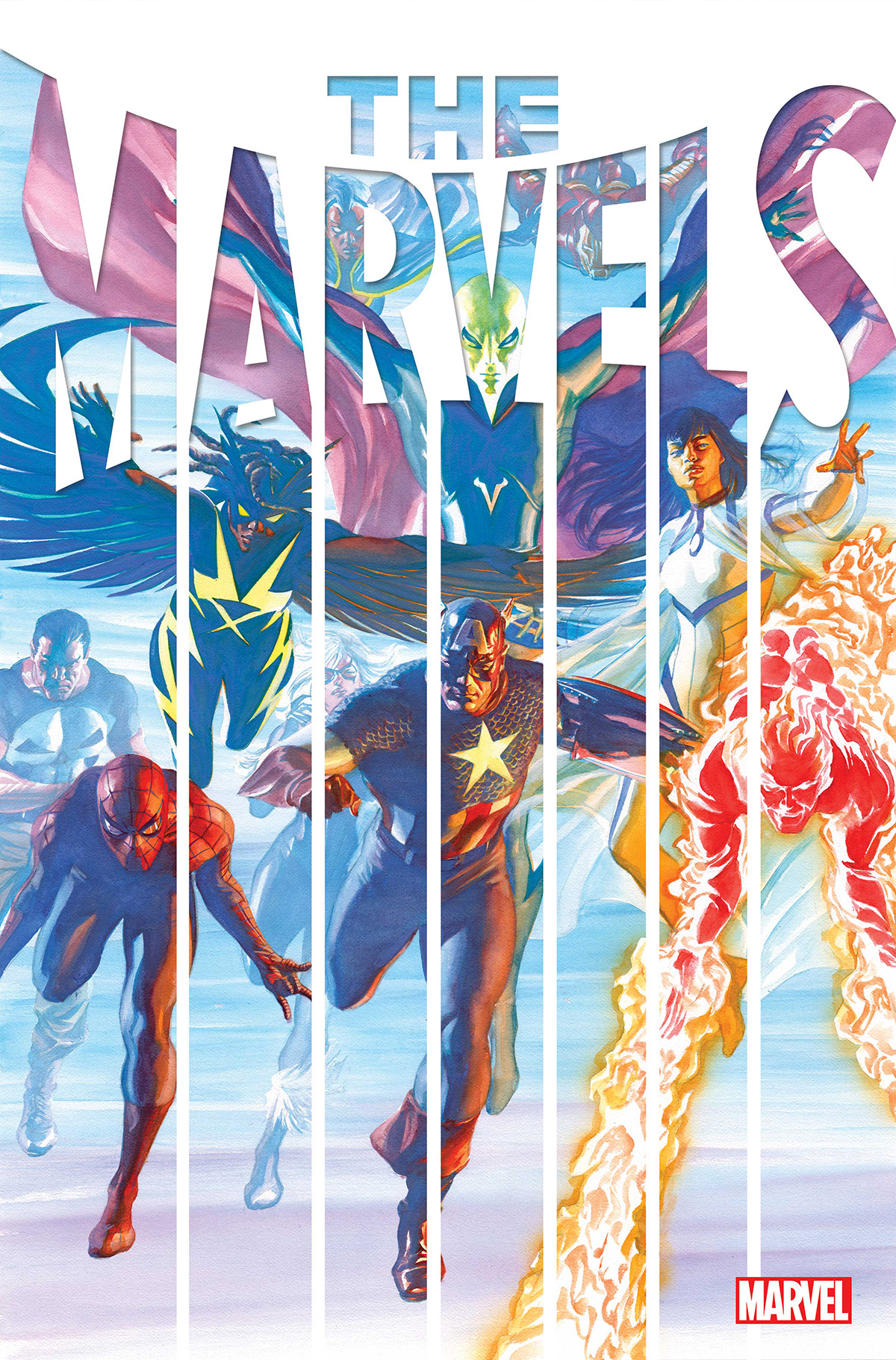 “Anyone. Anywhere. Anytime.” That’s how acclaimed writer Kurt Busiek describes his new ongoing series, The Marvels. Alongside artists Yildiray Cinar and Alex Ross, Marvels will be the most sprawling series ever to hit the Marvel Universe where any characters can show up for adventures that can and will take them anywhere! With the entire Marvel Universe at its disposal, this expansive series will feature everyone from the Marvel Universe’s first heroes to its latest superstars.

“The whole idea of The Marvels is to be able to use the whole Marvel Universe — not just all the characters in it, but all the history of it. The sweeping scope of the whole thing,” Busiek said in an interview with marvel.com. “Big stuff can happen in the Marvel Universe, but we usually see it confined largely to the Avengers in Avengers, to the FF in Fantastic Four, and so on. The Marvels is intended as a freewheeling book that can go anywhere, do anything, use anyone. It’s a smorgasbord of Marvel heroes and history. It’s not a team. It’s a concept, or a universe, depending on how you look at it. The Marvels features the marvels — all the many and varied characters of the Marvel Universe. The heroes, the villains, the oddities — all of it. There’ll be popular characters of today, there’ll be obscure characters from long ago — heck, there’ll be story threads that take place in the past, or possibly the future. We’re not limited to just the present. And there’ll be new characters, too, from the street-level to the cosmic. There are three new marvels in the first issue, although a couple of them are only seen for a panel or so. But we’ll get back to them. I’d say “the sky’s the limit,” except in the Marvel Universe, there’s a lot going on beyond that sky. And it’s all open to us.”

For the full interview and a first look at the debut issue, visit marvel.com. Be sure to pick up this one of a kind series when it hits stand in May! 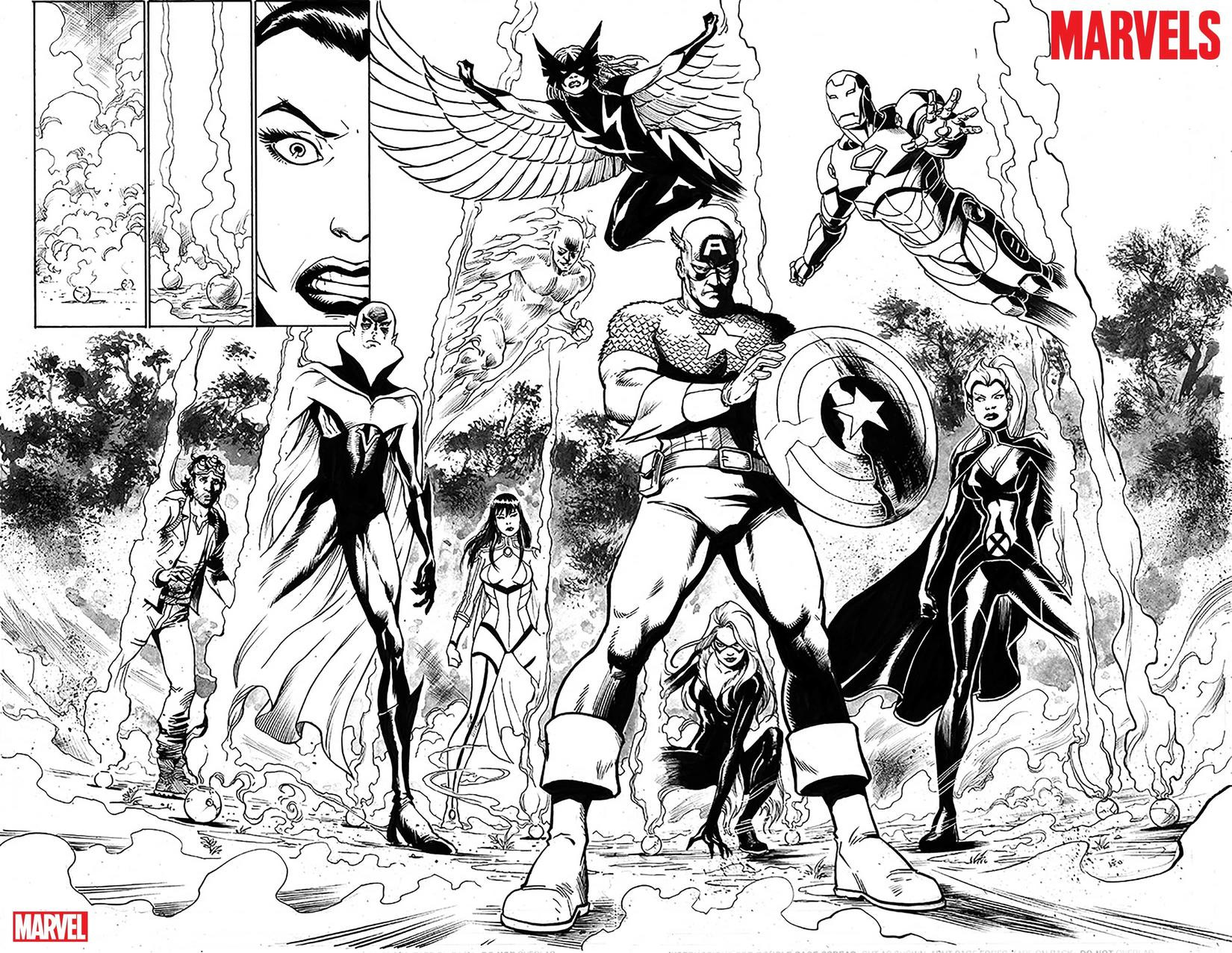 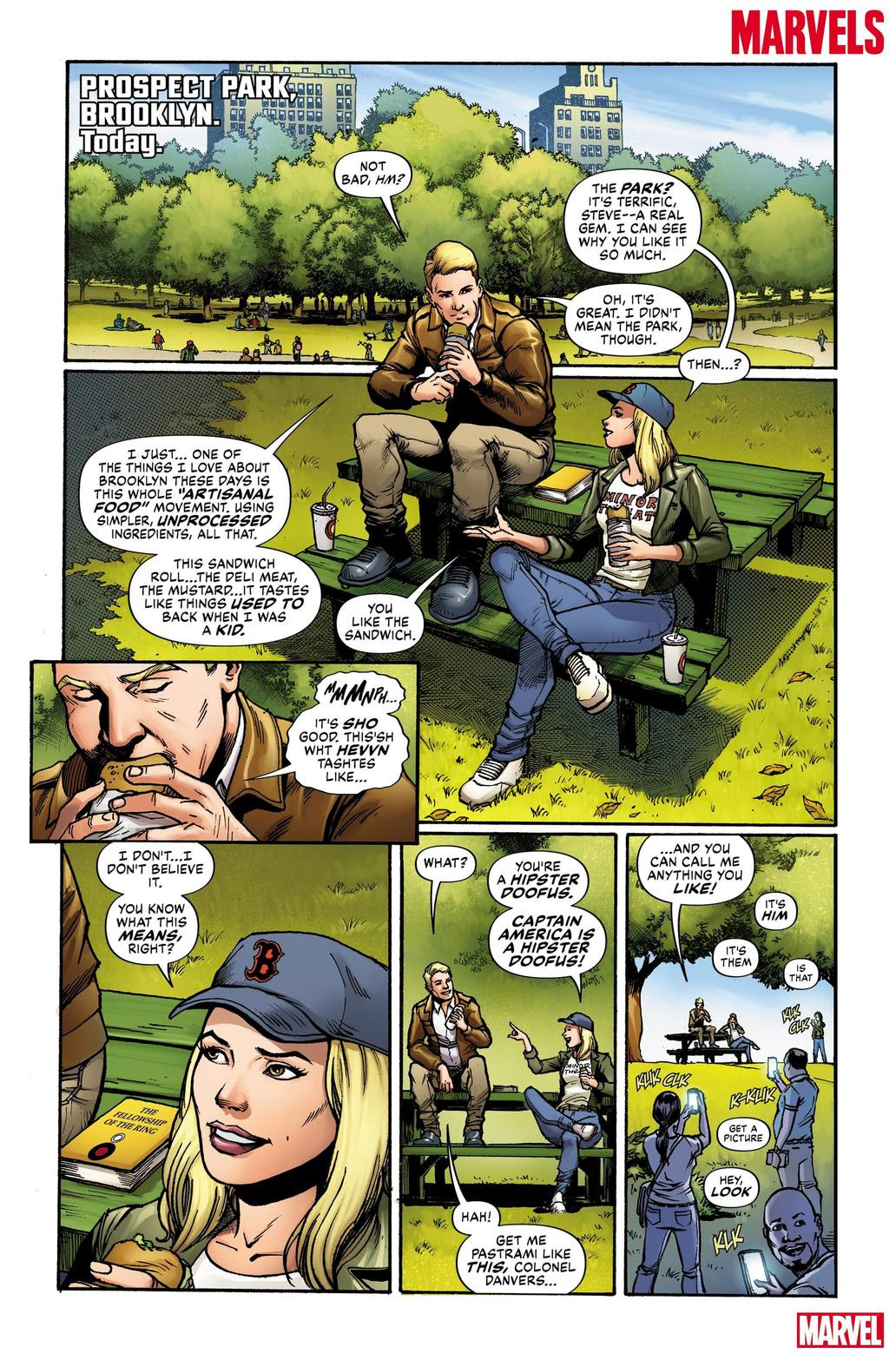 Kurt Busiek (MARVELS, Astro City) is back, with the biggest, wildest, most sprawling series ever to hit the Marvel Universe, telling stories that span the decades and range from cosmic adventure to intense human drama, from the street-level to the cosmic, starring literally anyone from Marvel’s very first heroes to the superstars of tomorrow. This first issue includes an invasion from orbit, a picnic in Prospect Park, super hero sightseeing in Manhattan, the All-Winners Squad in 1947, Reed Richards during his time in military intelligence, cosmic beings beyond space and time— and that’s only for starters. Featuring Captain America, Spider-Man, the Punisher, the Human Torch, Storm, the Black Cat, the Golden Age Vision, Aero, Iron Man and Thor, and introducing two brand-new characters, all beautifully drawn by Yildiray Cinar (X-MEN, Legion of Super-Heroes, IRON MAN) in the opening act of a thriller that’ll take us across the Marvel Universe…and beyond. Plus: Who (or what) is KSHOOM? It all starts here. And it goes…everywhere.

Marvel has unveiled information for titles coming to comic shops in May 2020. Check inside for new details on titles like Empyre: Stormranger, Empyre: Invasion of Wakanda, Empyre: Savage Avengers, and…

Image Comics is pleased to reveal the jaw-dropping Jason Shawn Alexander cover for the upcoming milestone Spawn #300! One of many exciting cover reveals to come on the #Roadto300!…

Featuring every cosmic super hero in the known universe by the THANOS WINS creative team of Donny Cates and Geoff Shaw!…