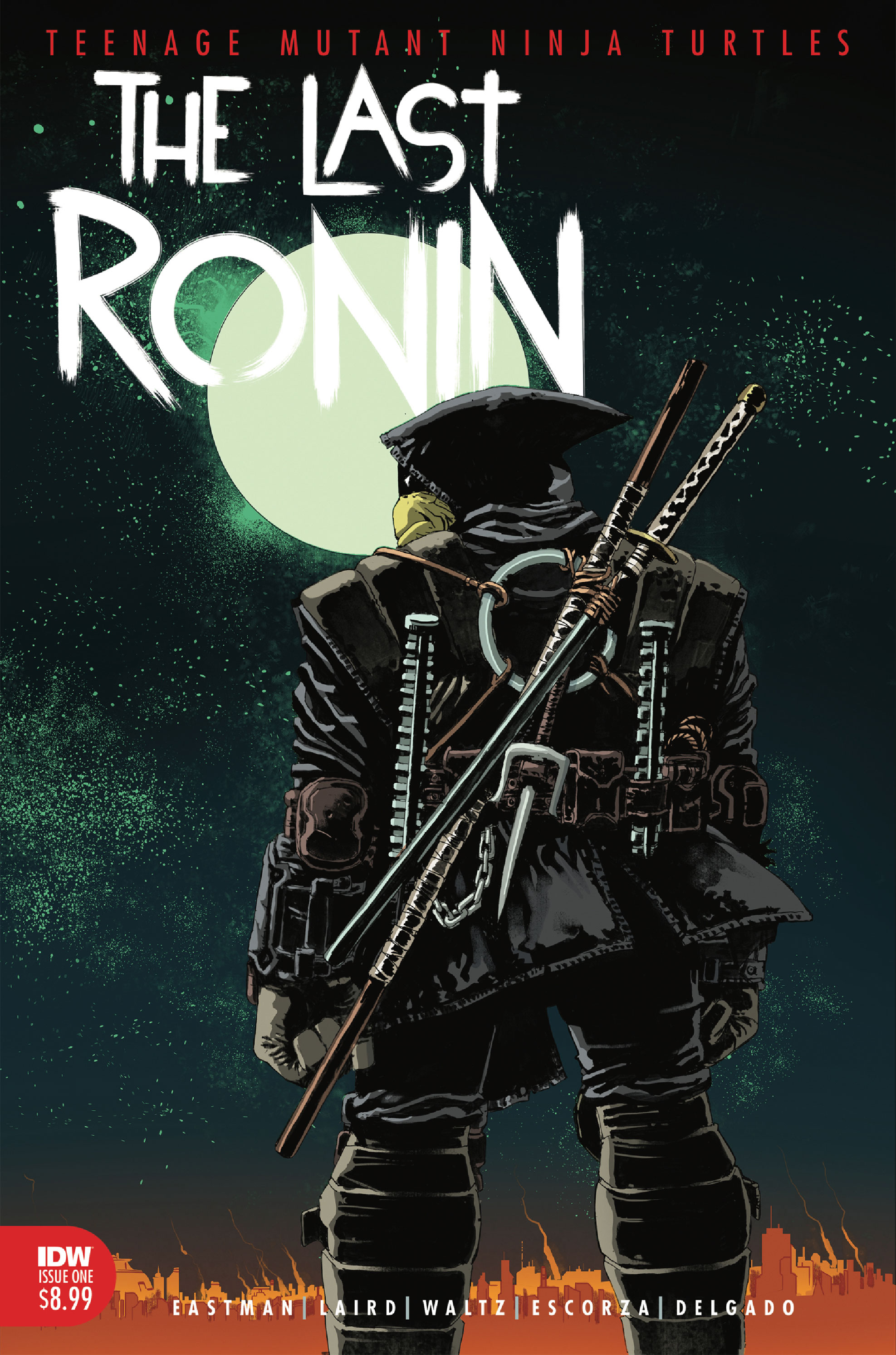 With more than 37,000 current preorders and climbing, IDW is proud to announce that high anticipation for the second printing of Teenage Mutant Ninja Turtles: The Last Ronin #1 has necessitated a whopping 50,000-unit print run — the largest reprint quantity in the company’s history since their debut 20 years ago! Longtime TMNT readers and curious newcomers are invited to visit their local comic book shops tomorrow, December 2nd, to snag a copy of this comic book milestone!

An epic miniseries three decades in the making from the minds of TMNT co-creators Kevin Eastman and Peter Laird, Teenage Mutant Ninja Turtles: The Last Ronin takes place in a future New York City far different from the one we know today, where a lone surviving Turtle goes on a seemingly hopeless mission to obtain justice for his fallen family and friends. The debut issue hit stands on October 28th, immediately selling out and prompting a new printing that features a re-colored cover by Eastman, Esau Escorza, and Isaac Escorza.

“I want to reach out to all of the incredible fans and comic book retailers who went above and beyond with their support for The Last Ronin!” says Eastman. “It’s taken thirty-two years to bring it to life, and even in the middle of a tumultuous year of production, you all waited for us to get the job done right… and showed us some serious love! We appreciate you all — stay safe and stay tuned, because the rest of the series is coming soon!” 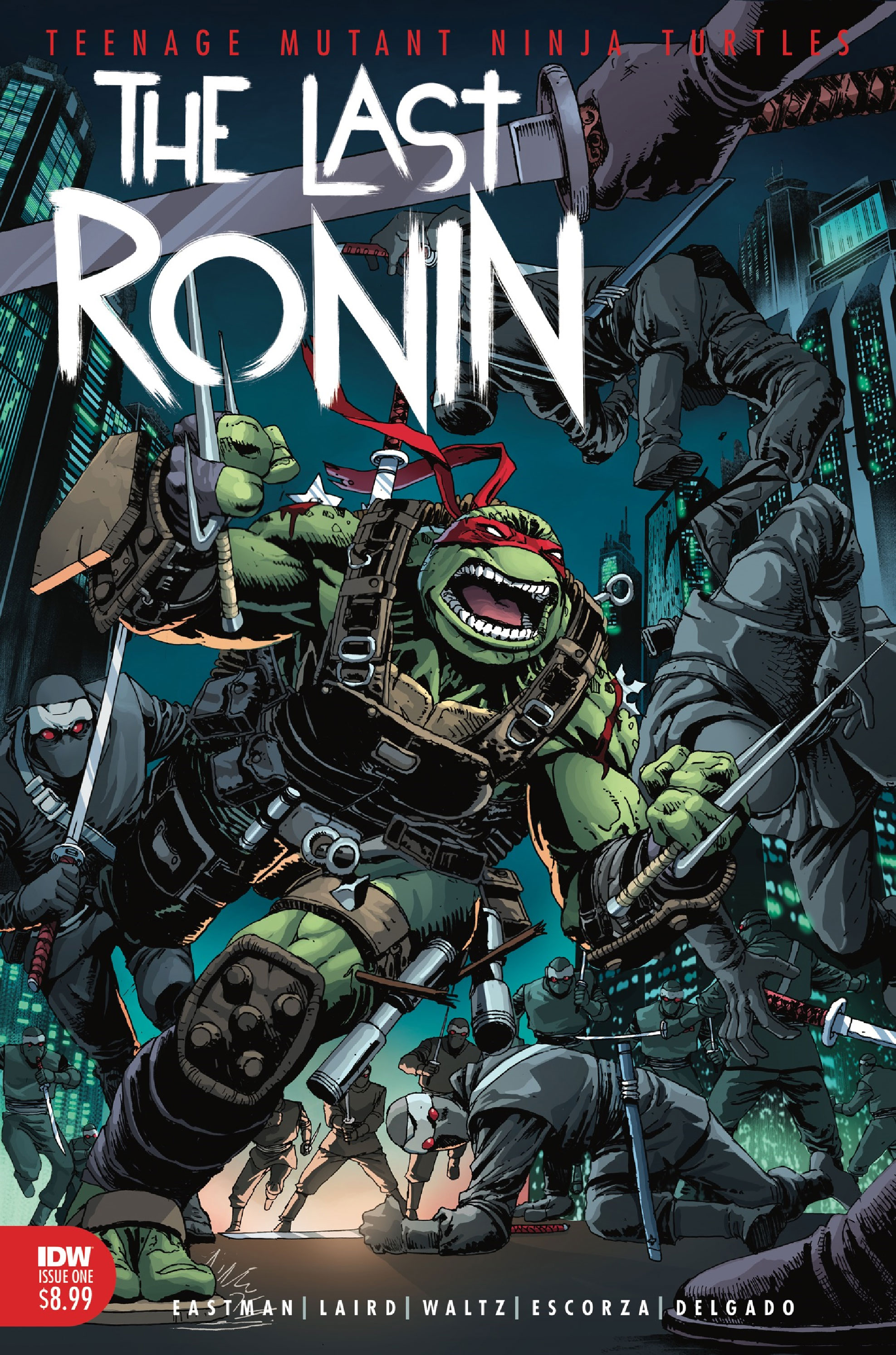 The Last Ronin is based on an unpublished 1987 story concept by Eastman and Laird, with script by Tom Waltz, layouts by Eastman, pencils and inks by Esau and Isaac Escorza, colors by Luis Antonio Delgado, letters by Shawn Lee, and edits by Bobby Curnow. The series will run for five issues, with each issue oversized at 7” x 11” and 48 pages in length.

IDW publisher Nachie Marsham says, “The huge success of The Last Ronin is a testament to the enduring fandom for Teenage Mutant Ninja Turtles and the creative team’s ability to knock it out of the park. We’re overwhelmed with gratitude for the fans, the retailers, and everyone involved creatively on the project — The Last Ronin is a wonderful example of what makes these characters special to so many readers, and to the strength of storytelling in comics.”

Fans eagerly awaiting the next chapter in the TMNT: The Last Ronin storyline will be looking forward to the January 27th release date of issue #2! Secrets of this dark future will be revealed as The Ronin meets an unexpected new ally and the Foot Clan attempts to thwart his mission of vengeance.

“We hit the ground running with issue #1, and have no intentions of letting up with the second issue or beyond,” says Waltz. “If you think the future looks dramatic for our last ronin, just wait until you see the history that has brought him to this point!”

For information on how to acquire copies of TMNT: The Last Ronin comic books, please contact your local comic shop or visit www.comicshoplocator.com to find a store near you.

Amidst this epic clash between the Atlanteans, the Sirenas, and the interdimensional Pan will be a tantalizing tease of Marvel’s upcoming event, King in Black….

Comic shop Strange Apparitions in England catches a mysterious glowing white orb on their security camera. Check out the eerie footage inside!…

Marvel’s most iconic heroes meet their match against some of Marvel’s most vicious villains in a fight that can only be known as Acts of Evil!…