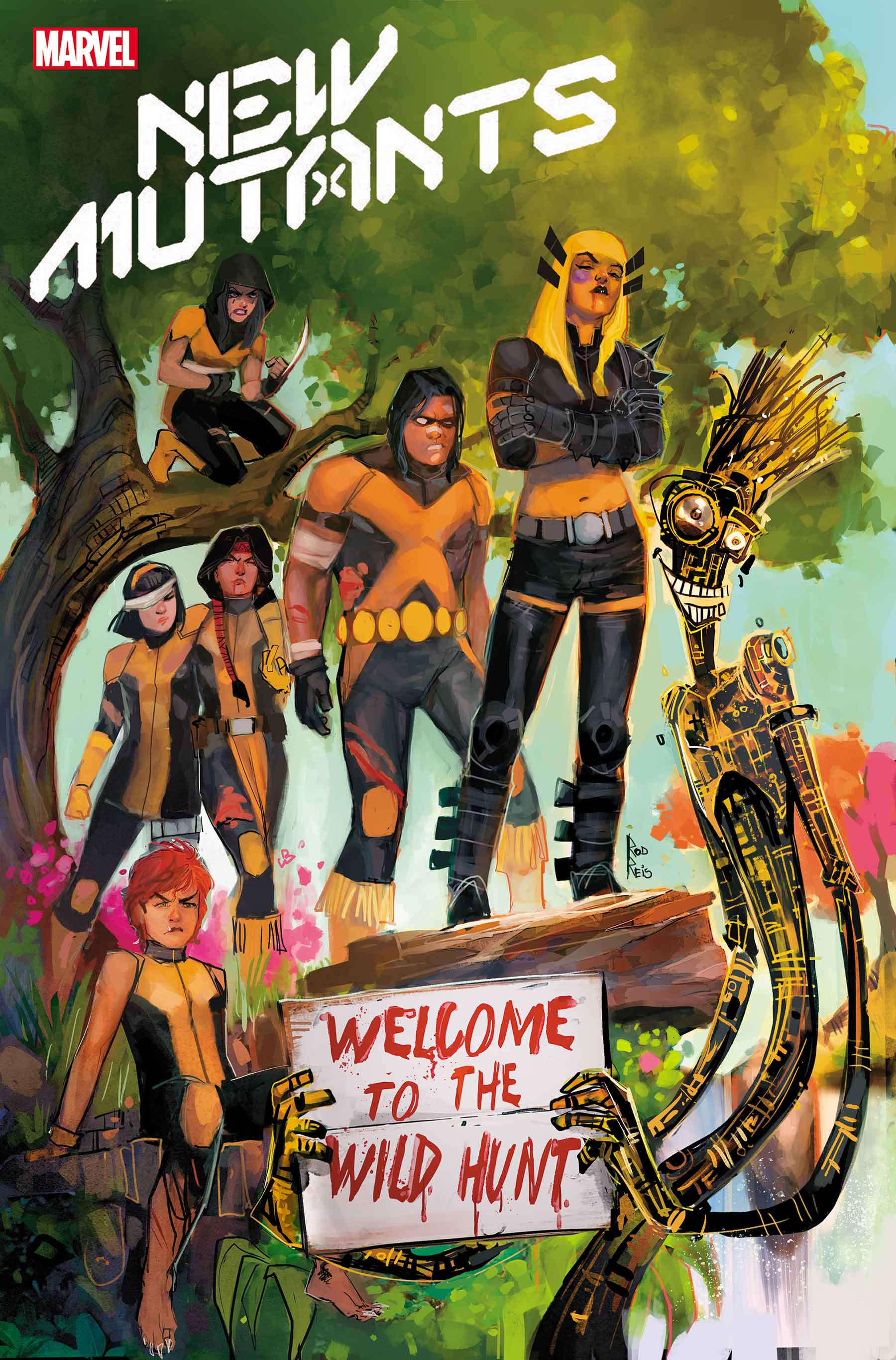 Vita Ayala makes their New Mutants debut this December, launching the book into a thrilling new era as the series’ new writer! Ayala will be joined by artist Rod Reis, a rising superstar who’s already brought his unique and kinetic art style to earlier issues of the hit series.

On the edge of mutant society, the younger generation of X-Men cut loose in the Wild Hunt—going big, blowing things up, and combining powers to see who gets crowned king of the mountain! In the aftermath of X of Swords, a mysterious threat has taken root on Krakoa. This ancient enemy is powerful, hungry, and all too familiar to the New Mutants, and it’ll take X-Men from all generations to stop it. Join Magik, Dani Moonstar, Karma, Warpath, Wolfsbane, Warlock, Scout, and more of your favorites in an unpredictable series that will explore uncharted territory of the new mutant status quo that kicked off in Jonathan Hickman’s groundbreaking House of X!

“The New Mutants (as a group of characters, and as a book) are the center of the Venn diagram of things that I love, and I am honored and stoked as all get out to be able to follow Jonathan [Hickman] and Ed [Brisson] on the title,” Ayala said. “The New Mutants are perfectly situated to start digging into some of the weird and dangerous stuff that lies just under the surface of the new Krakoan nation, to go poking at things that bite back, so expect them to be getting into all sorts of trouble… *ominous laugh*”

Be there for the next great X-Men saga when New Mutants #14 hits comic shops in December.

DC will publish a one-shot titled DCeased: A Good Day to Die, ﻿which will follow Mister Miracle and Big Barda during the spread of the techno-organic rage virus….

Image Comics founder and recent Guinness Book of World Records subject Todd McFarlane has illustrated his signature character, Spawn, and the character that propelled him to fame….

Superman: Year One #1, the new take on the Man of Steel’s formative years from the legendary team of writer Frank Miller and artist John Romita Jr. is going back to…

The debut issue of the hit comic book series BANG! by writer Matt Kindt, artist Wilfredo Torres, colorist Nayoung Kim and letterer Nate Piekos is going back to press for a…