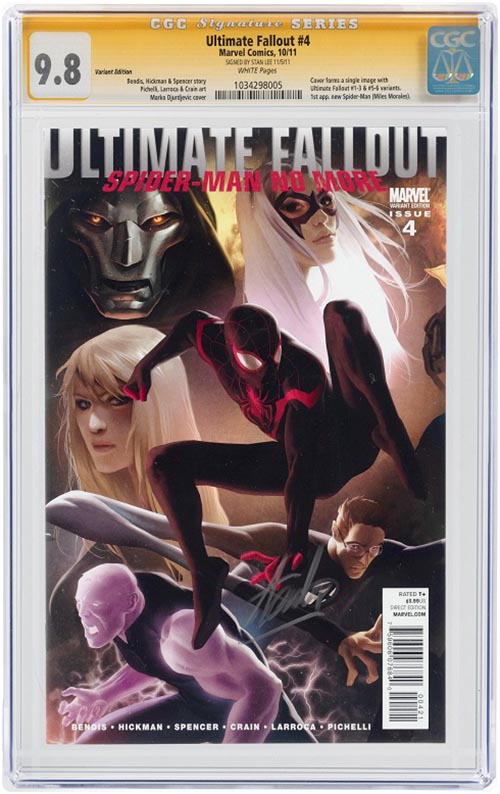 Introducing a new iteration of an established superhero identity, and gaining an audience for that character, is tough. Especially when it’s one of the most popular superheroes of all time. But, writer Brian Michael Bendis and artist Sara Pichelli (with input from then Editor-in-Chief Axel Alonso) did just that when they introduced Miles Morales.

Debuting in Ultimate Fallout #4 (August 2011), the Afro-Latino teenager was destined to become Spider-Man. Since he gained his powers and began his journey as a superhero, Miles has become very popular with Spider-Man fans, especially among younger readers.

In his first appearance, Miles stops an assault by Kangaroo after Peter Parker’s death. He wears a Spider-Man costume emulating Peter’s but considers changing it out of respect. A month later Ultimate Comics: Spider-Man is set prior to his introduction to tell Miles’ origin story when he was just a normal kid. 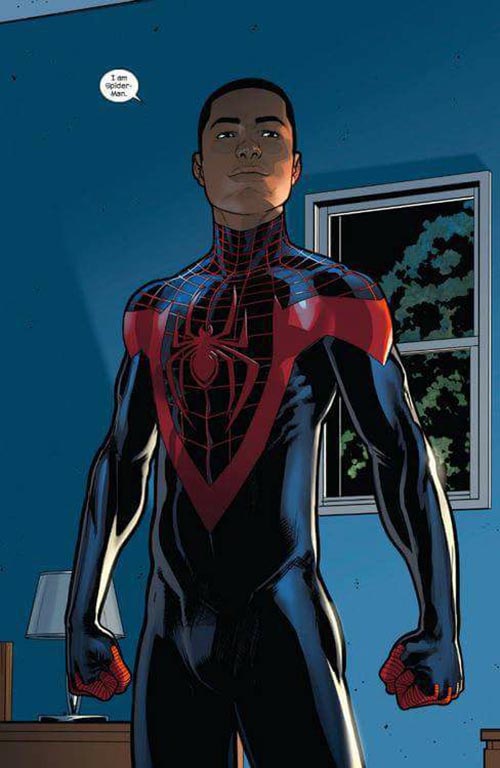 Oscorp scientist Dr. Conrad Markus uses Peter’s blood to attempt a recreation of Spider-Man. The Prowler steals the formula and one of the spiders that Markus created gets into the Prowler’s bag. A few days later Miles, the Prowler’s nephew, gets bitten by the spider. Miles gains the superhuman abilities that Peter had and does not tell his parents since his father doesn’t trust superheroes.

Miles is not happy about his new abilities and uncomfortable with the idea of being a hero. When he witnesses Green Goblin killing Spider-Man, Miles is overcome with guilt when he realizes that could have helped the fallen hero. His best friend Ganke suggests that he become Spider-Man and once Miles learns why Peter chose to be a hero, he is inspired to become a superhero. Though his journey as Spider-Man has significant bumps in the road – including being arrested by Spider-Woman early on – he earns the respect of fellow heroes and goes on to star in his own series and major events across Marvel titles. 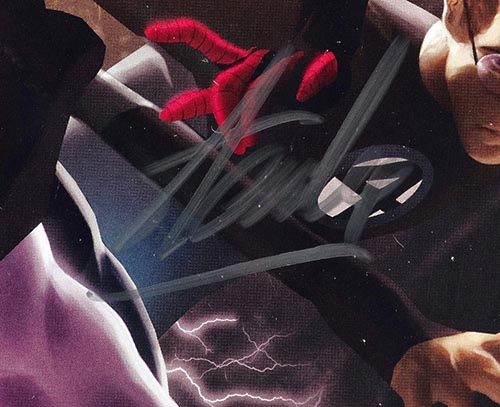 Sony Pictures Entertainment and Marvel Studios reached an agreement to unite for a third film that will keep the iconic hero in the Marvel Cinematic Universe….

BOOM! Studios is coming out with a graphic novel adaptation of Kurt Vonnegut’s timeless WWII novel, Slaughterhouse-Five!
The post SLAUGHTERHOUSE-FIVE Graphic Novel to Be Released This Year! appeared first on Nerdist….

The Infinity Stones have played a key role in some of the Marvel Universe’s most defining moments, and now they’ve returned in the hands of Marvel’s most popular new characters. The…