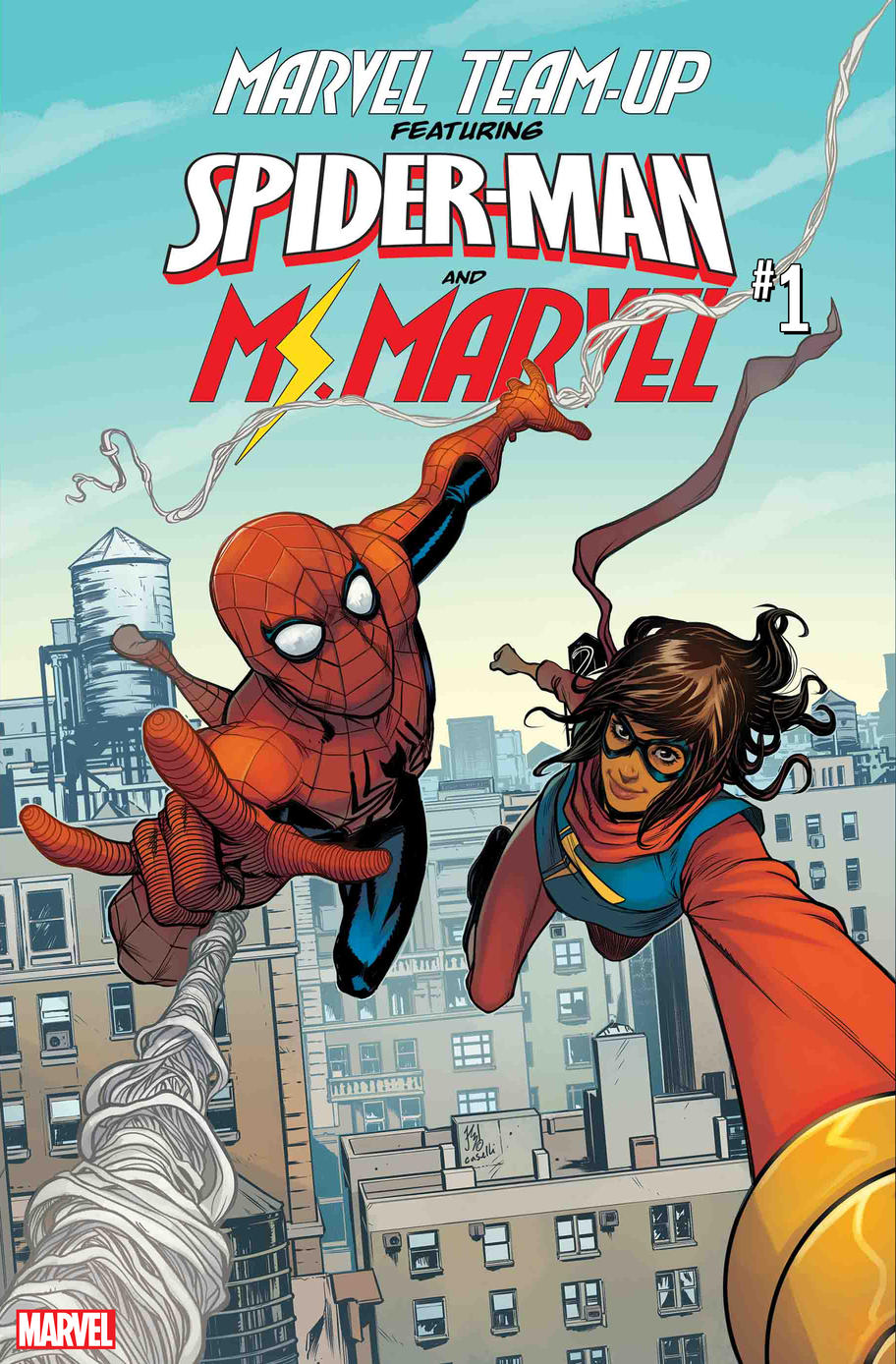 As announced today in the Chicago Tribune, one of the most iconic series in the history of the House of Ideas makes its grand return in April with MARVEL TEAM-UP #1!

Written by Eve Ewing with art by Joey Vazquez, the first arc of the new ongoing tale will see Kamala Khan and Peter Parker take on the eponymous task as the mind-bending and magnificent new series begins!

After a science demonstration at Empire State University goes awry, Ms. Marvel and Spider-Man find themselves tangled up in the same chaotic adventure. So is it destiny? Or disaster?!

This March, prepare to see the greatest moments of Marvel’s 80-year history told like never before! …

Explosions, punching, shocking revelations, and even more explosions await Jessica Drew on her latest adventure! Get your first taste of the action in the Spider-Woman #1 trailer….

DC Collectibles has created the ultimate Harley Quinn collectible: a full-sized, 1:1 scale statue of the Clown Princess of Crime herself….

The first layer of the dust jacket shows the now-familiar image of Harley Quinn from Harleen #1. The second layer reveals a blood-spattered Harleen….