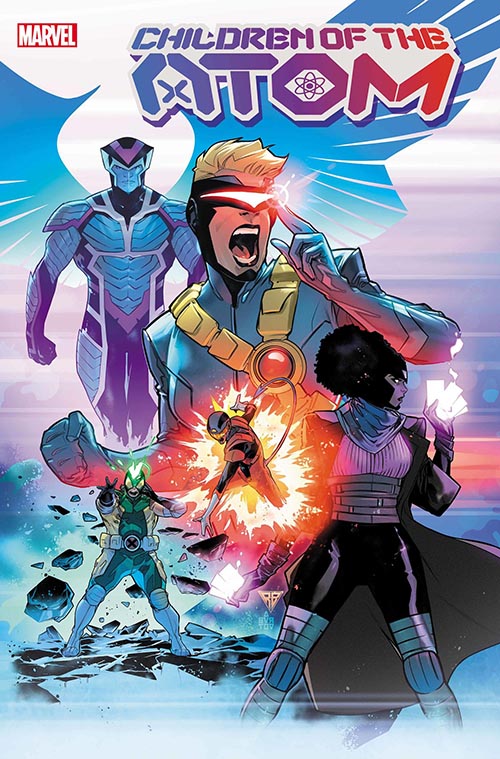 The mystery surrounding CHILDREN OF THE ATOM will finally be answered when the previously announced series by writer Vita Ayala and artist Bernard Chang debuts this January. As the latest title to explore the new era of mutantkind following Jonathan Hickman’s House of X, CHILDREN OF THE ATOM will introduce a brand-new team of young X-Men characters. Inspired by their favorite mutants, these gifted youngsters will keep both the X-Men and fans guessing about who they are and where they came from. More than just mere sidekicks, the cast of CHILDREN OF THE ATOM will have a major impact on the world of the X-Men when they burst onto the scene next year!

“I have never known a world without mutants and the X-Men, and to be able to create characters that would become part of the canon is WILD,” Ayala said when the book was first announced. “What makes the new cast special to me is that they are reflective of a lot of people I know who look up to what the X-Men stand for, and have taken it upon themselves to further those ideals. These kids are exactly the kids who, in real life, have posters of Storm and Wolverine in their rooms, who grew up seeing them as heroes and want to live up to that.”

We’ve got a full list of this week’s new comics, with a few highlights like Paper Girls, Death’s Head, and more.
The post Comics to Read This Week: PAPER GIRLS, DEATH’S HEAD,…